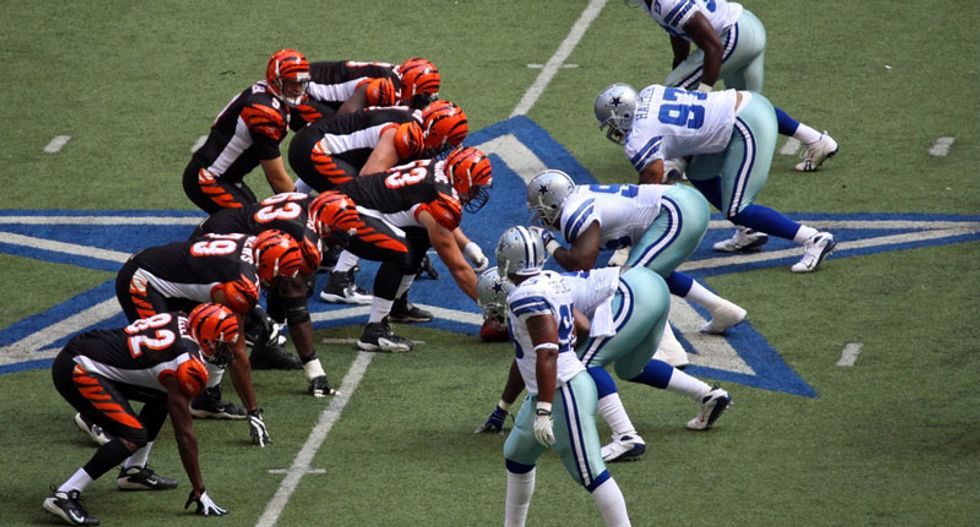 Texas Stadium on Sunday, October 5, 2008. The Dallas Cowboys and Cincinnati Bengals line up on the 50 yard line (Ken Durden / Shutterstock.com)

Fantasy sports moved a step closer to being legal in New York on Saturday when lawmakers approved the daily and season-long games, clearing a path for FanDuel, DraftKings and others to offer them to millions of players in the state.

The multibillion-dollar industry, where players draft fantasy teams for sports including football, basketball and baseball, has drawn increased scrutiny since last year with the attorneys general of several U.S. states, including New York, Illinois and Nevada, questioning the legality of the games.

Attorney General Eric Schneiderman had held off litigation against what he claimed were illegal gambling operations and the fantasy companies had suspended their "games of skill" while the proposed legislation was in train.

Daily fantasy sports, a turbocharged version of the season-long game where players draft teams in live games played in just one evening or over a weekend, has boomed over the past decade.

"It's a good thing for New Yorkers because there are more than three and half million participants, most of them millennials," Pretlow said.

The legislation calls for a 15 percent annual state tax on gross revenues of all sports fantasy contests with an entry fee. Another 0.5 percent will be assessed each year on the companies with a maximum of $50,000.

State Senator John Bonacic, who sponsored the bill, estimates annual state revenues will be about $5.5 million, adding the measure is "going to make a lot of New Yorkers very happy".

The legislation survived heavy opposition from casino companies operating in New York. Opponents said it would weaken New York’s current gaming operations, including the horse racing industry which has been propped up by state government, by giving gamblers more options.

After intense lobbying from the fantasy gaming industry, which retained former pro quarterbacks Jim Kelly and Vinny Testaverde to promote the games, lawmakers beat a June 30 deadline to set regulations.

FanDuel and DraftKings are in early-stage talks to merge, people familiar with the matter told Reuters on Monday.