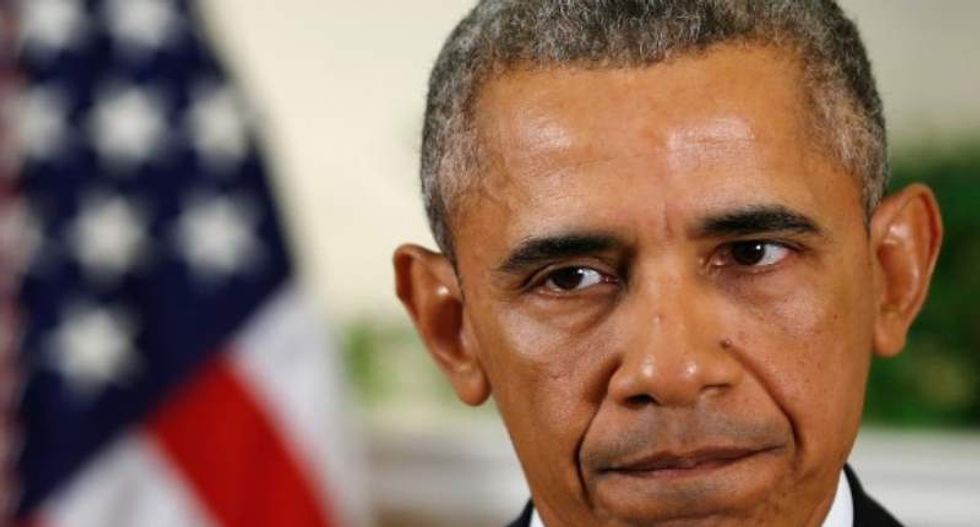 President Barack Obama delivering a statement in the Roosevelt Room at the White House in Washington on Oct. 15, 2015. (Reuters/Jonathan Ernst)

President Barack Obama has approved giving the U.S. military greater ability to accompany and enable Afghan forces battling a resilient Taliban insurgency, in a move to assist them more proactively on the battlefield, a U.S. official told Reuters.

However, the official cautioned: "This is not a blanket order to target the Taliban."

Under the new policy, the U.S. commander in Afghanistan, General John Nicholson, will be able to decide when it is appropriate for American troops to accompany conventional Afghan forces into the field - something they have so far only been doing with Afghan special operations forces, the official said.

The expanded powers are only meant to be employed "in those select instances in which their engagement can enable strategic effects on the battlefield," the official said.

That means that U.S. forces should not be expected to accompany Afghan soldiers on day-to-day missions.

The decision is a departure from current U.S. rules of engagement in Afghanistan, which impose limits on U.S. forces' ability to strike at insurgents.

The U.S. military was previously allowed to take action against the Taliban "in extremis" - moments when their assistance was needed to prevent a significant Afghan military setback.

That definition, however, left the U.S. military postured to assist them in more defensive instances. The new policy would allow U.S. forces to accompany Afghans at key moments in their offensive campaign against the Taliban.