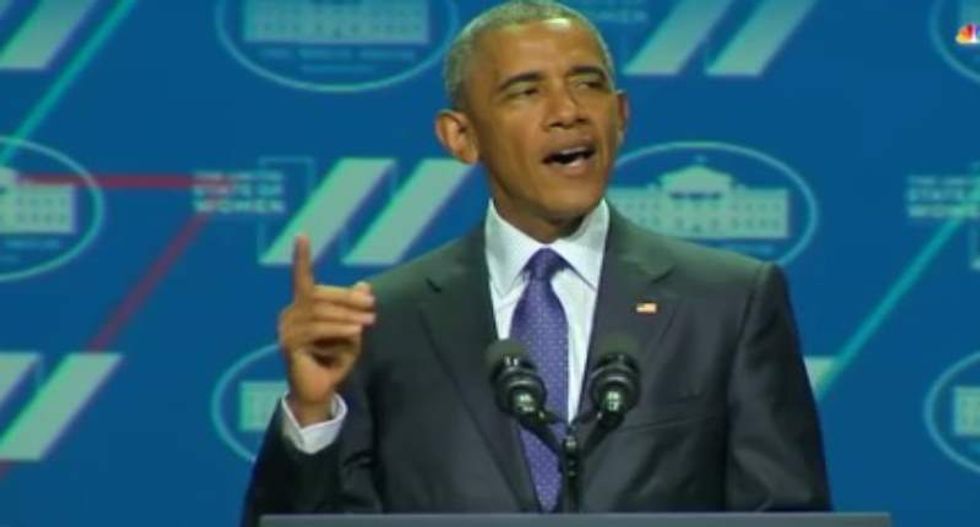 President Barack Obama's remarks at the United States of Women Summit on Tuesday quickly drew the ire of online conservatives, who took the opportunity to engage in anti-LGBT smears.

As MSNBC reported, Obama drew a cheer from the audience during a brief appearance when he said, "I did want to stop by and make one thing very clear: I may be grayer than I was eight years ago, but this is what a feminist looks like."

Footage of the remarks can be seen below:

Some of the worst reactions to the president's statement can be seen below: 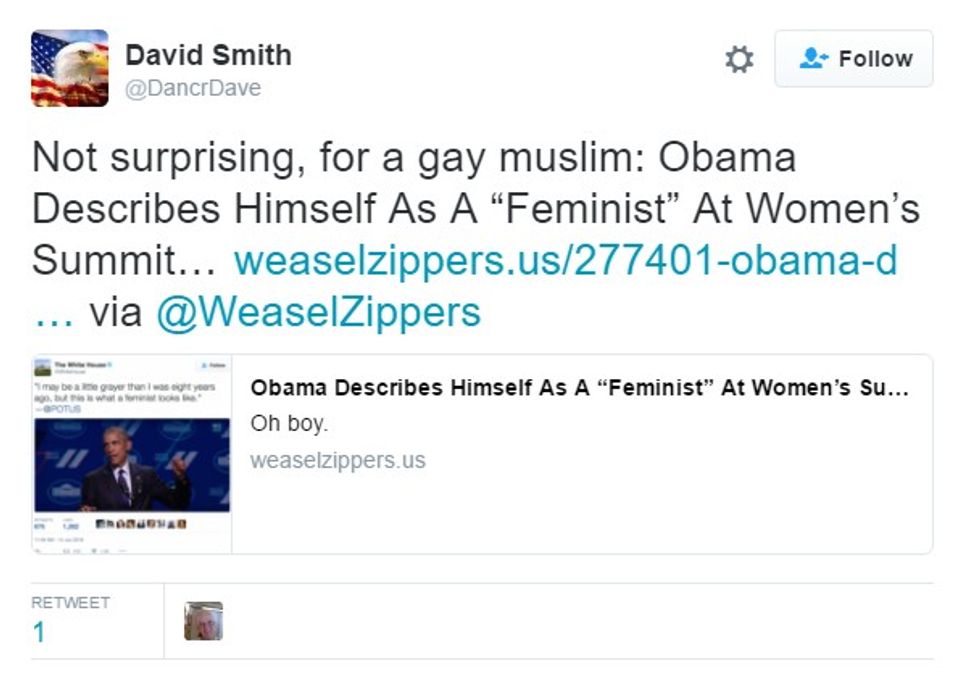 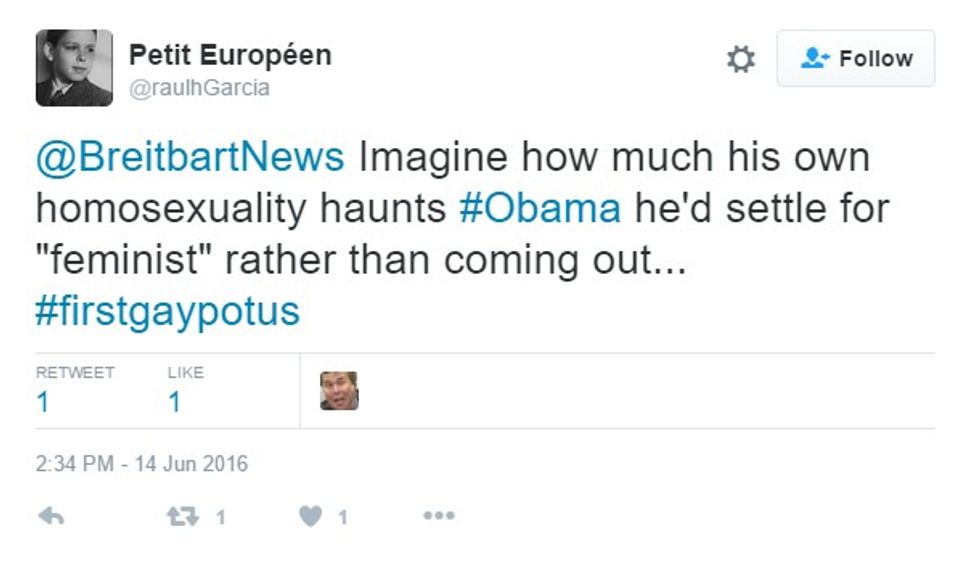 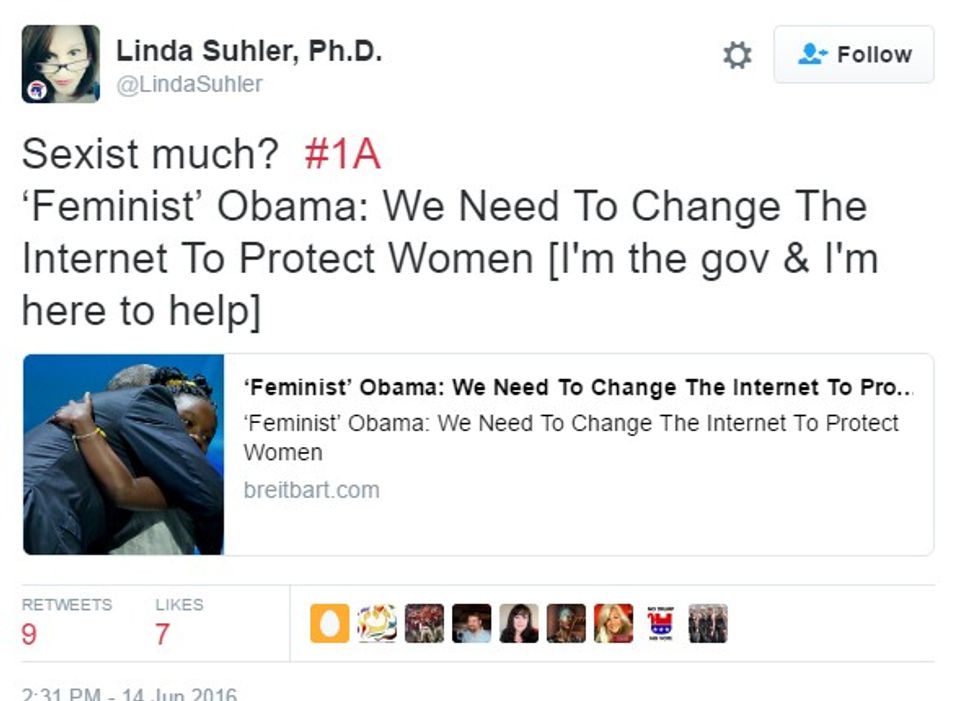 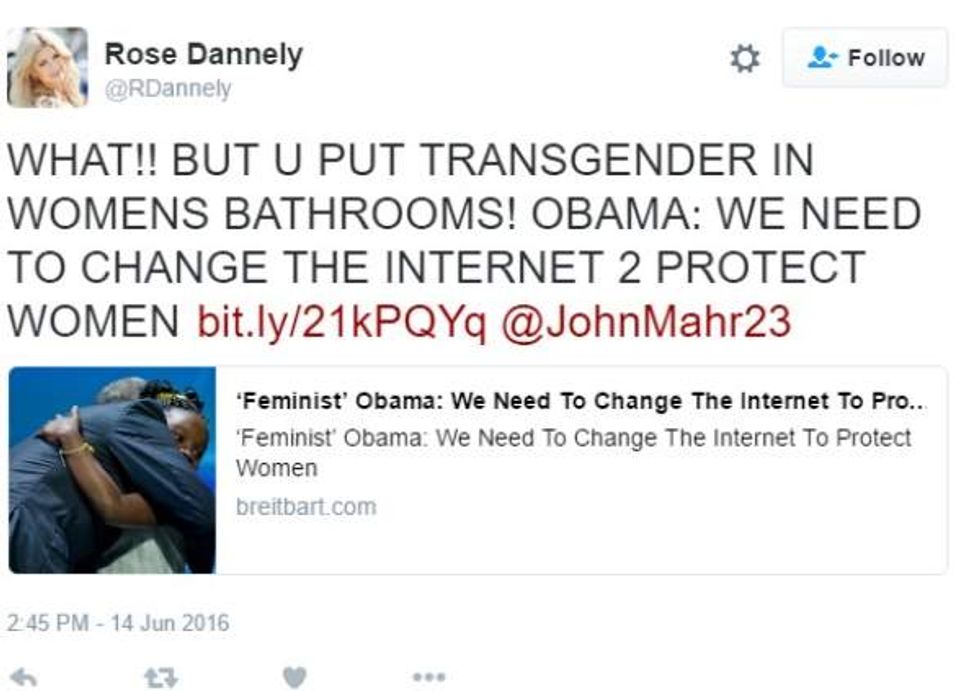 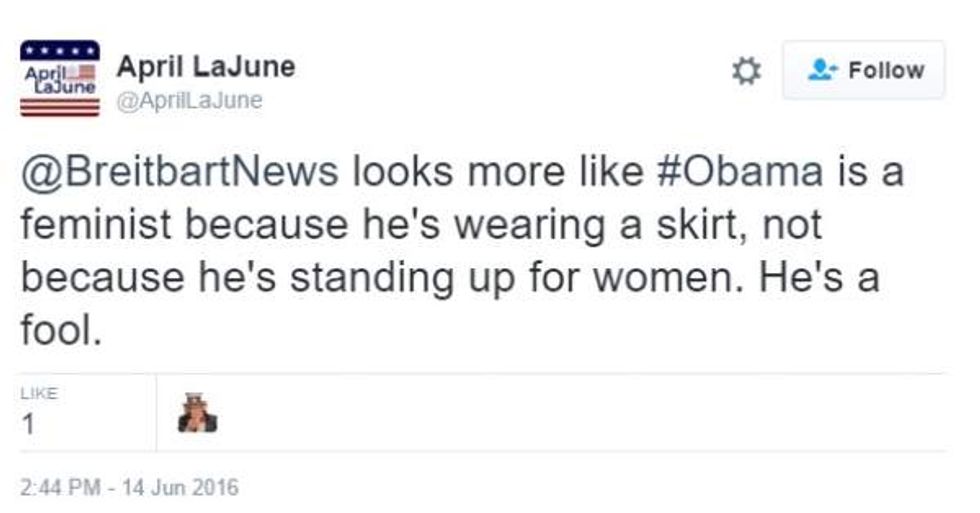 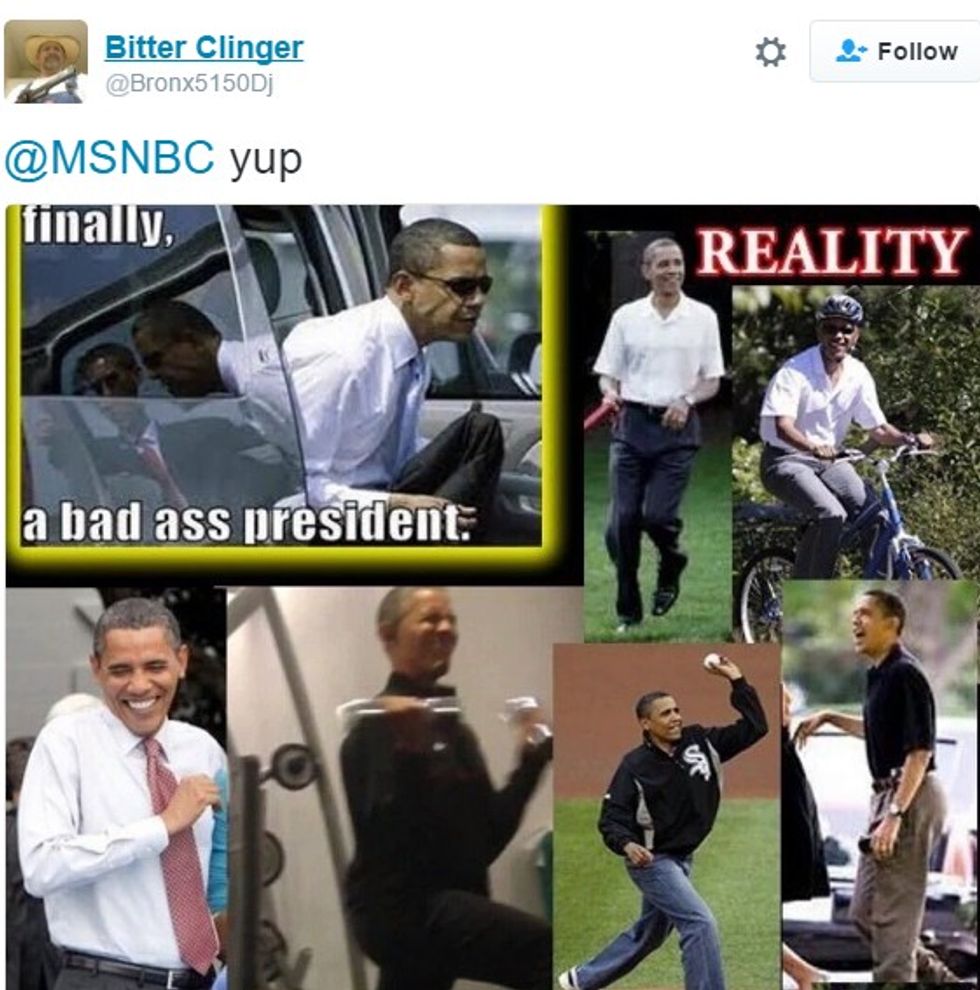