Orlando shooter underwent company screening in 2013 with 'no findings' - employer 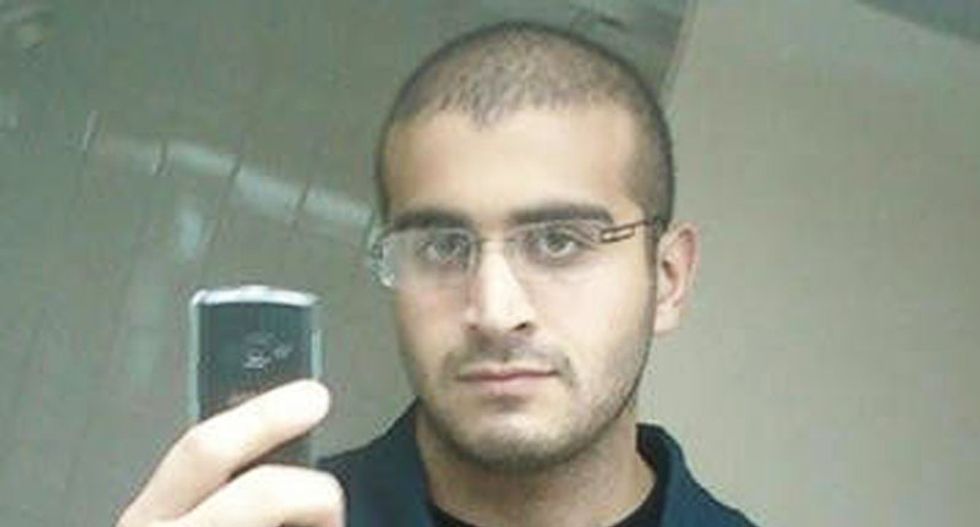 The gunman who killed 50 people at a packed gay nightclub in Florida on Sunday had undergone company screening as recently as 2013 with "no findings," his employer, global security firm G4S, said on Sunday.

Omar Mateen, 29, a Florida resident and U.S. citizen who was the son of immigrants from Afghanistan, had worked for G4S since 2007, and was employed at a gated retirement community in South Florida, the company said in a statement late on Sunday.

He underwent two instances of company screening and background checks - once when he was hired in 2007, and again in 2013.

"The (2007) check revealed nothing of concern," the company said in a statement. "His screening was repeated in 2013 with no findings."

In 2013, the company learned that Mateen had been questioned by the FBI but that the inquiries were then closed.

"We were not made aware of any alleged connections between Mateen and terrorist activities, and were unaware of any further FBI investigations," the company statement said.

G4S, which employs 620,000 people and operates in more than 110 countries, provides security services to a slew of U.S. government agencies, including the State Department, Justice Department, U.S. Army and Air Force, and Department of Homeland Security, according to a brochure on its U.S. website.

Mateen was an armed security officer for G4S, and the company was trying to ascertain whether any guns used in the attack were related to Mateen's work, said a spokesman who declined to be named.

An FBI spokesman said on Sunday that FBI agents had twice interviewed Mateen in 2013 and 2014 after he made comments to co-workers indicating he supported militant groups, but neither interview led to evidence of criminal activity.

The company is no stranger to controversy. It has come under fire from rights advocates for providing services to Israeli prisons holding Palestinian detainees, and the Bill and Melinda Gates Foundation said in 2014 it sold its stake in G4S.

Three of the firm's security guards were acquitted of manslaughter charges in 2014 in the cardiac arrest death of an Angolan aboard a flight from London whom they were repatriating to his native country.

The British government said in 2014 that G4S would repay $181 million for overcharging it on a contract to tag criminals with monitoring devices.

The use of private security firms has risen sharply since the Sept. 11, 2001, attacks, said Paul Goldenberg, who sits on the U.S. Department of Homeland Security's Advisory Council and

In many cases, private security guards are not particularly well-trained or well-paid, and do not receive a second background check in the years after they are hired, Goldenberg said, noting most states did not regulate the industry.

A guard might be watching over an empty warehouse one day, and a religious institution or school, with entirely different security concerns, the next, he said.