Orlando survivor who filmed during attack: Only 5 out of 16 people trapped with me lived 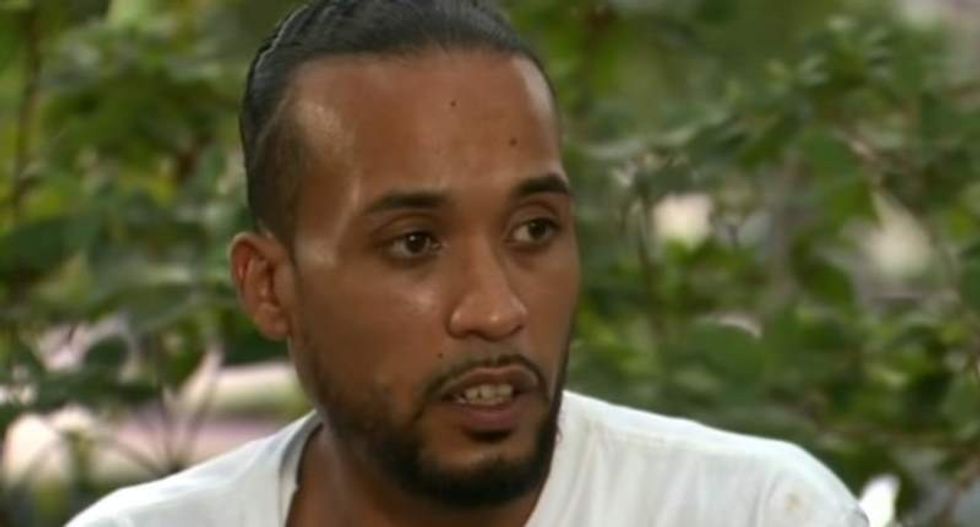 A survivor of the massacre inside Pulse nightclub in Orlando recounted both the attack and the video he filmed while hiding inside a bathroom in an interview with CNN host Anderson Cooper on Thursday.

"You could smell the blood. There was so much blood," said Miguel Leiva. "All my clothes were full of blood. We were sitting down. It was just a huge puddle of blood. After awhile, when it started drying up, it started to smell really bad."

As WPLG-TV reported, Leiva filmed three videos showing him hiding in a stall with several other people during the attack in an effort to reassure his girlfriend that he was safe. At one point, the gunman, Omar Mateen, told the group to exit the room under threat of death. Mateen would go on to kill nearly 50 people and injure 50 more before being shot and killed by police.

"The only people who are alive in the video are the people who are talking and moving," Leiva said of the people seen with him. "Everybody else is dead. There was about 17 of us in there. Only like five or six of us made it out."

By the time he began filming, Leiva said, he had been shot in the foot. He was also shot in the leg and was recently released after being hospitalized following the attack.