'Please don't shoot': Texas daughters pleaded for lives before being killed by mother 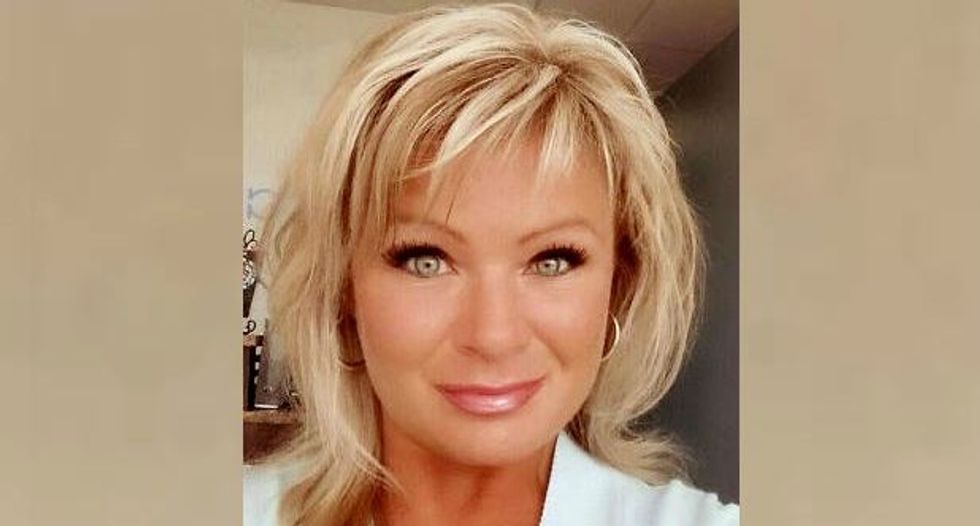 Two Texas daughters pleaded for their lives before they were gunned down by their mother at an upscale suburban Houston home last week, according to 911 tapes released by the local sheriff's office.

"Please. Forgive me. Don't shoot," one of the daughters said, and then a scream is heard followed by crying, in the tape released on Tuesday by the Fort Bend Sheriff's Office.

"Please! I'm sorry," said one of the daughters in the 911 call placed from the phone of Madison Sheats, 17. Madison and her sister Taylor, 22, were killed by their mother, Christy Sheats, 42.

Christy Sheats was fatally shot by an officer responding to the incident after she failed to obey the officer's demand to drop her gun, the sheriff's office said.

"Please! Don't point that gun at us," Jason Sheats can be heard saying in the call from Madison. "I promise you, whatever you want, I will..," he says before the scream-filled call is cut off.Before the shooting, the four held a family meeting in the home's living room, where Christy shot her two daughters. The daughters and husband ran into the street, followed by their mother who was armed with a five-shot, .38 caliber handgun, the sheriff's office said.

Madison died after fleeing. Taylor was shot again by her mother, who stood over her daughters. Christy Sheats went back inside to reload and then shot her daughter once more, this time in the back, a witness told the sheriff's office. Taylor died at an area hospital and Jason Sheats escaped without being shot.

Police have not said yet what they think may have motivated the shooting.

In a second call from the phone of Taylor, screams can be heard along with a voice faintly coughing before the call is cut off.

A neighbor also called 911 and said a woman with a gun came out of the house and stood over the two young women, who at that time appeared to be alive.

The neighbor went back inside saying: "The lady with the gun came out, I had to run."

According to her Facebook page, Christy Sheets was a strong backer of gun rights. In September, she posted a message to her daughters, calling them "amazing, sweet, kind, beautiful, intelligent girls," adding, "I love and treasure you both more than you could ever possibly know."

The sheriff's office said it received 14 calls for service from the Sheats residence since January 2012.

The Jan. 6 committee has received about two years' worth of text messages sent and received by conspiracy theorist Alex Jones.

The data was handed over to the House select committee by attorney Mark Bankston, who represented two Sandy Hook parents who won nearly $50 million in penalties in their defamation suit against Jones and received the contents of the phone after the right-wing broadcaster's lawyers mistakenly sent them, reported CNN.

James on Friday notified State Supreme Court Judge Arthur Engoron, who held Cushman & Wakefield in contempt last month, that it had "received Cushman’s production, which amounts to about 35,867 documents since entry of this court’s contempt order." James also asked Engoron to "dissolve the contempt order and hold any contempt purged, without any fines due or owing."