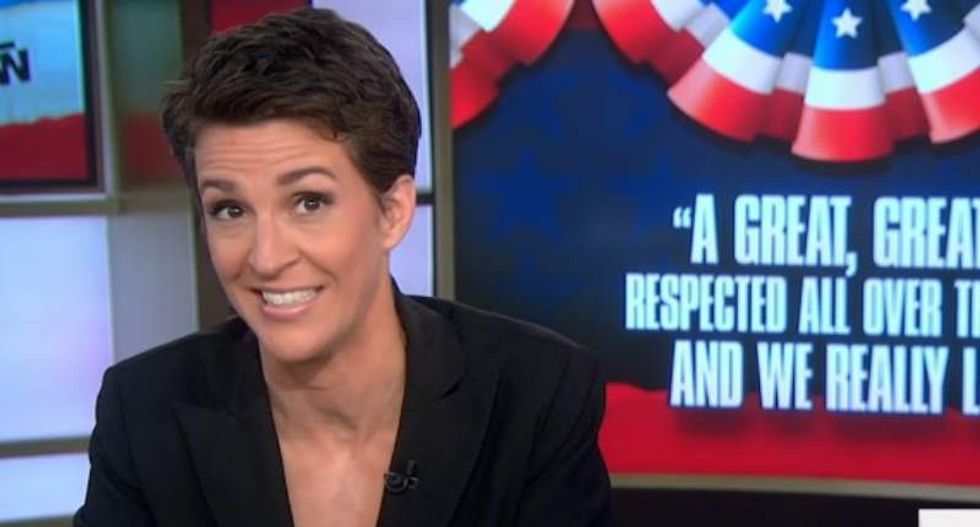 Rachel Maddow shares the results of a Freedom of Information Act request on June 29, 2016. (MSNBC)

While Donald Trump thinks of Maine Gov. Paul LePage (R) as being "well-respected," Rachel Maddow said on Wednesday, that should be taken with a grain of salt.

As proof, she produced evidence that nearly 2,000 Mainers called LePage's bluff after he said last summer that instead of being impeached, he would just resign if residents said that's what they wanted -- and that was just within a month.

"You have requested the opinion of the Maine people in regards to you resigning as the governor of the state," one message stated. "My opinion is a very strong YES. Thank you for allowing me to express my choice."

Maddow said that the 1,800 or so messages she produced -- many of them stacked on her desk -- covered just the first 30 days after LePage's remark last August. It took the governor's office nearly nine months to even provide that much in response to a Freedom Of Information Act request for all of the messages telling him to quit during that time.

"Thank you, Freedom Of Information Act," Maddow said as she grabbed one batch of messages. "Thank you, people of Maine for being polite and mostly not obscene in your epic tide of instant disapproval that you expressed directly to your governor when he asked you what you thought."

Watch Maddow share her findings, as aired on Wednesday, below.