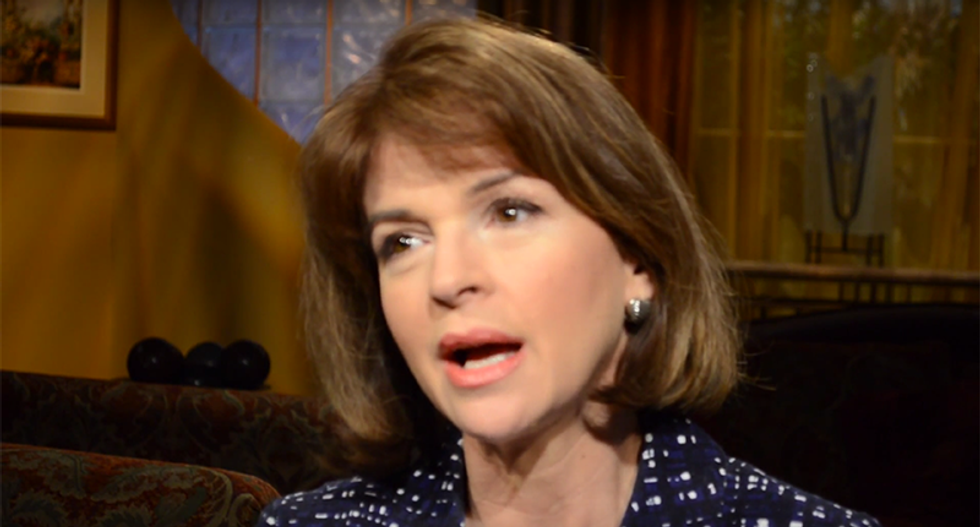 Helen Aguirre Ferre became the RNC's director of Hispanic communications and public spokesperson this month, but she refuses to say whether defending the party's nominee and his anti-Latino and anti-immigration policies is difficult.

In her first set of appearances on a Sunday talk show since taking the new position, Aguirre Ferre spoke on Telemundo's "Enfoque with Jose Diaz-Balart," where she toed the party line supporting Paul Ryan, the Washington Post reports. But when it came to supporting Donald Trump, she rushed to trashing Hillary Clinton instead.

"Everyone has to make their own decision in this campaign, and that isn’t different from any other year," she said in Spanish. The Republican Party, like I said, is united in defeating Hillary Clinton and that is what unites all of us."

Diaz-Balart cited Aguirre Ferre's previous comments about Trump having problems with strong women, blamed him for the violence at his rallies and disagrees with him on immigration.

"Do you have difficulty representing the GOP when Trump is the party's standard-bearer?" Diaz-Balart asked.

She said that the RNC is focused on beating presumptive Democratic nominee Hillary Clinton. "If I could say something, Jose: I haven’t done anything to eliminate what you could see in a tweet or email that you would have to see with national security clearance or less," she said, avoiding Trump.

Media Matters outed Aguirre Ferre's Twitter purge after the fact, and was able to capture the deleted tweets for the public's records. She previously worked for former Florida governor Jeb Bush's presidential campaign.