Sanders stays in the race, vows to work with Clinton to beat Trump 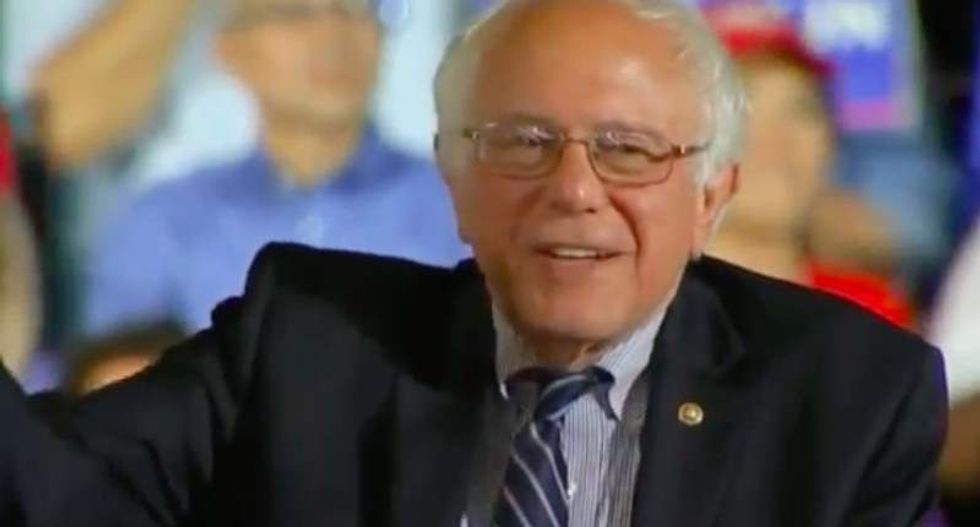 Democratic presidential candidate Bernie Sanders said on Thursday he would work with his party's presumptive nominee Hillary Clinton to defeat Republican Donald Trump, though he did not immediately drop out of the White House race.

Sanders, a U.S. senator from Vermont, spoke outside the White House after a meeting with President Barack Obama, as Democrats pressured him to end his campaign and support Clinton after a hard-fought primary race.

He said he would compete in the final Democratic primary vote in Washington, D.C., on June 14, thus formally staying in the presidential race.

Clinton, the former secretary of state, won enough delegates to secure the Democratic nomination this week and become the first woman to lead a major U.S. party as its presidential nominee.

Sanders said he spoke briefly to Clinton on Tuesday night and congratulated her on her "strong campaign."

"I look forward to meeting with her in the near future to see how we can work together to defeat Donald Trump and to create a government which represents all of us and not just the 1 percent," he said.

"It is unbelievable to me - and I say this in all sincerity - that the Republican Party would have a candidate for president who in the year 2016 makes bigotry and discrimination the cornerstone of his campaign," Sanders said, referring to Trump.

Sanders' campaign has previously said he would carry his populist campaign to the Democratic National Convention in July, when the party's nominee is formally chosen.

Obama, who is expected to endorse Clinton soon, welcomed Sanders to the White House, chatting and chuckling as they walked into the Oval Office. Sanders will meet with Senate Minority Leader Harry Reid, a Democrat, in the afternoon.

U.S. Senator Elizabeth Warren, like Sanders a progressive and fiery critic of Wall Street, is preparing to endorse Clinton in the coming weeks after staying neutral in the Democratic primary, people familiar with her thinking told Reuters.

Former House of Representatives Speaker Newt Gingrich told reporters on Thursday the Trump situation was "fine." But he suggested Trump change tactics toward making more measured remarks as he did in a speech after primary elections this week.

Trump comes into the general election well behind Clinton's campaign in terms of fund-raising and policy infrastructure. On Thursday, his top donors were holding their first official meeting in New York.