Sister of Stanford rape victim: Brock Turner tried to force himself on me too 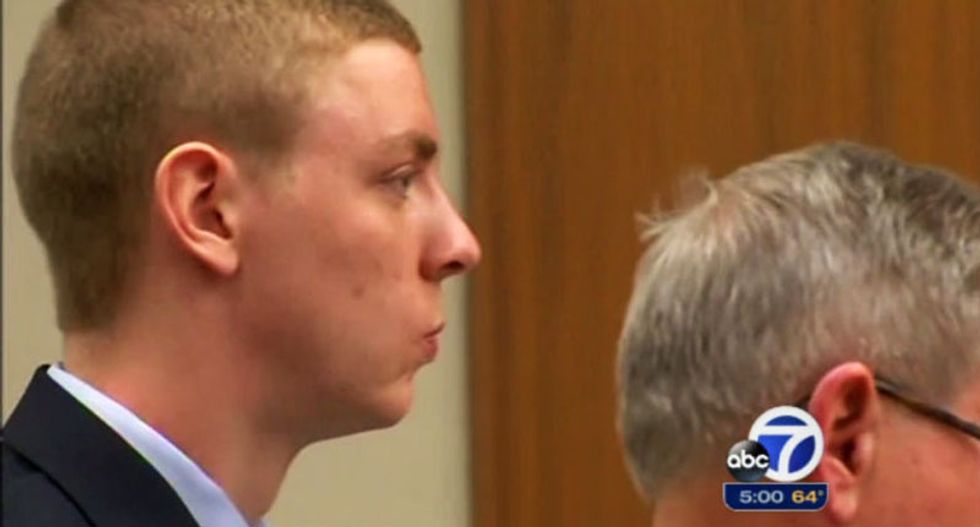 According to testimony given in the trial of Stanford student Brock Turner, who was received a six-month sentence after being convicted of sexually assaulting an unconscious student following a frat party, Turner grabbed at the victim's sister at the party too.

The Los Angeles Times reports that the unnamed sister told the court that Turner grabbed her by the waist and "started making out on her cheek" unprompted at the party, forcing her to untangle herself and run to warn a friend.

Later that January evening, Turner was caught sexually assaulting the unconscious victim behind a dumpster before attempting to flee, only to be tackled and held by two passing students.

In her testimony before the court, the sister of the victim said she is haunted by what that happened that night after not warning her sister and telling her to leave the party with her.

“The face of the man who assaulted my sister is burned into my memory," she told the court. "An entire part of my heart has been permanently broken."

The slap on the wrist sentence given to the former high school All-American swimmer with Olympic aspirations has roiled the country, with over 1.1million people signing a petition calling for the dismissal of trial Judge Aaron Persky.

While Turner has maintained that he was drunk and not responsible for what happened that night -- while also stating that his victim was not unconscious and was a willing participant -- witnesses at the scene state that was not the case.

On Friday it was revealed that Turner may have taken pictures of his unconscious victim's bared breasts and sent them to friends and members of the Stanford swim team.

The controversy over Turner's lenient sentence -- he will be eligible for early release after three months -- has grown over the past week as documents from the case have been released, including a letter his father wrote to the judge dismissing the sexual assault as "2o minutes of action."

On Friday, the Fresno Bee published a similar letter from Turner's mom that failed to mention the victim, but noted that the ordeal has disrupted her plans for decorating their new home.

"I have not decorated the house nor have I hung anything on the walls. I am a mom who loves family pictures but I haven’t had the heart to put photos around of our family being happy,” she wrote.