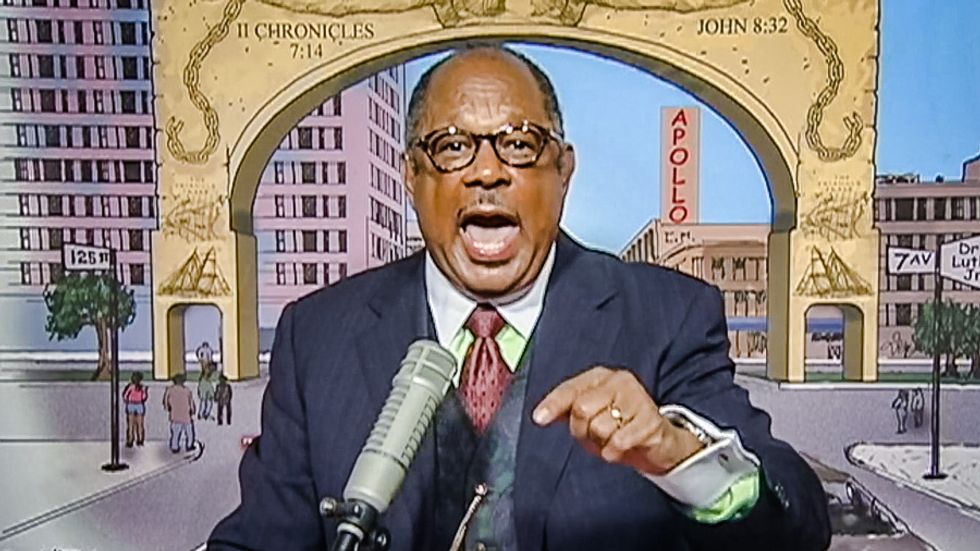 In the wake of the terror attack on a gay nightclub in Orlando this weekend, presumptive Republican presidential nominee Donald Trump has tried to paint himself as a champion of LGBT rights. In particular, Trump has claimed that his plan to ban Muslims from entering the country would save gay people from being massacred by crazed Islamist killers.

However, Trump's newfound love for the LGBT community has come at a price: He's alienated some of his most homophobic supporters.

Pastor James David Manning, a notoriously anti-gay preacher who is a frequent guest on conspiracy theorist Alex Jones's show, took to Twitter on Wednesday to announce with great sorrow that he's rescinding his endorsement of Trump due to Trump's rhetorical overtures to the LGBT community.

"I am sadden to withdraw support [for Trump]," he solemnly wrote. "My bible beliefs are deeply held. Sodomy is more dangerous to America than radical Islam."

Many have often wondered throughout the course of his campaign whether Donald Trump could say or do anything so offensive that even his hardcore supporters would abandon him. Now it seems the answer to that is clear: Some of them will flee only if he doesn't sufficiently hate gay people.