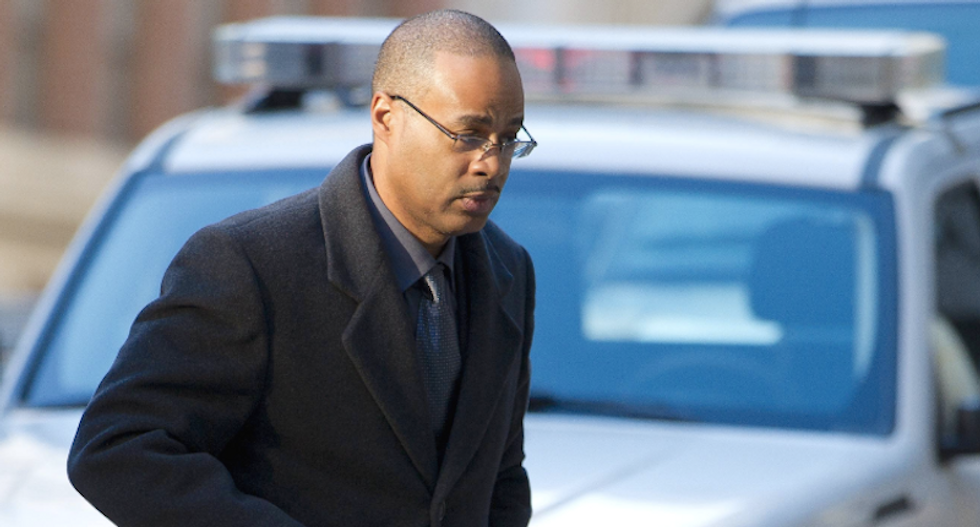 A Baltimore police officer charged with murder in the 2015 death of black detainee Freddie Gray goes on trial on Thursday as Maryland prosecutors seek their first conviction in the high-profile case.

Officer Caesar Goodson Jr., 46, who drove the police van in which Gray broke his neck, is the third officer to face trial for his death. The April 2015 incident triggered protests and rioting and stoked a U.S. debate on police treatment of minorities.

Goodson waived a jury trial on Monday and Baltimore City Circuit Court Judge Barry Williams will decide the case after acquitting another officer last month. Legal experts say jurors have faced popular pressure in the majority black city to convict someone in the case, while police officers generally opt for a bench trial because they think judges are more likely to acquit or impose a lighter sentence.

Goodson faces a charge of second-degree depraved heart murder, the most serious charge against the six officers accused in Gray's death.

Tim Maloney, a Maryland lawyer who has handled police misconduct cases, said the seriousness of the charge made Goodson's case crucial for prosecutors. Two previous trials ended in a mistrial and the acquittal in May.

"This is considered their marquee trial, and if you don't win this one, it sort of casts some doubt on the rest of the cases," Maloney said.

Gray, 25, was arrested when he fled officers unprovoked in a high-crime area. Shouting about his arrest, Gray was bundled into a police transport van while shackled and was not seat-belted, a violation of protocol.

An autopsy concluded that Gray could not break his fall inside the van during abrupt turns or stops. The trial is expected to focus on medical evidence and department procedures.

Goodson, who is African-American, also is charged with three counts of manslaughter, second-degree assault, reckless endangerment and misconduct in office. If convicted on all charges, he faces more than 68 years in prison.

David Jaros, an associate law professor at the University of Baltimore, said prosecutors are likely to contend that, as the van driver, Goodson had custody of Gray and more training than other officers about transporting suspects.

"The question is going to be, 'How reckless is it to drive with someone who's passively resisting arrest and is shackled and not buckled in?'" he said.

Williams acquitted Officer Edward Nero in May of misdemeanor charges.

Officer William Porter's trial ended in a hung jury in December. His retrial is scheduled for September and he is expected to testify during Goodson's trial.

(Writing by Ian Simpson in Washington; Editing by Dan Grebler)