Trump: Let’s keep refugee kids out so they won't 'listen to the Internet and fall in love with ISIS' 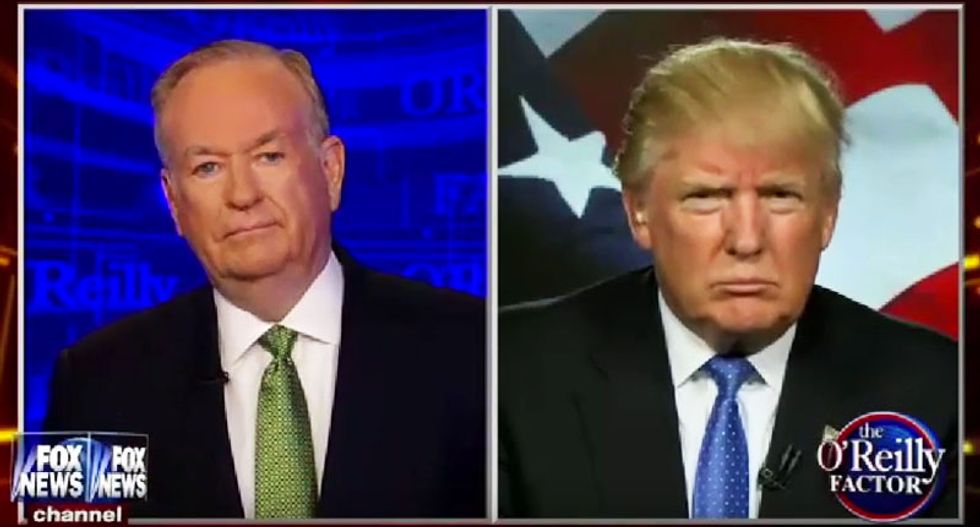 In a fairly comical interview with Fox News host Bill O'Reilly, Donald Trump attempted to bolster the idea that refugees are a danger to the U.S. and that their kids are unpredictable and may one day "listen to the Internet and fall in love with ISIS."

The Fox host attempted to steer Trump towards responses he could easily manage, but eventually stumped the presumptive GOP presidential nominee when it came to women and children refugees.

"There really isn't any linkage that I can find, or the FBI can find, between refugees, so-called refugees, women and children primarily, coming here and violence," O'Reilly pressed Trump.

Trump sat staring at the screen for several beats before finally blurting out, "So what are you asking?"

O'Reilly seemed stunned before asking, "Why do you think this is a centerpiece in anti-terror fighting, if there really isn't linkage in those kids of folks coming over."

In typical fashion, TRump dismissed the lack of data before going on and on about how the future is unknowable.

"You just don't know what's going on here," Trump continued."Uh, you know they listen to the Internet and they fall in love with ISIS. Bad things are happening, Bill, and we have to get down to it, otherwise we're not going to have a country, you know, we're going to have this happening every weekend."