Trump supporter says ‘times have changed’: ‘The Statue of Liberty needs to say No Vacancy’ 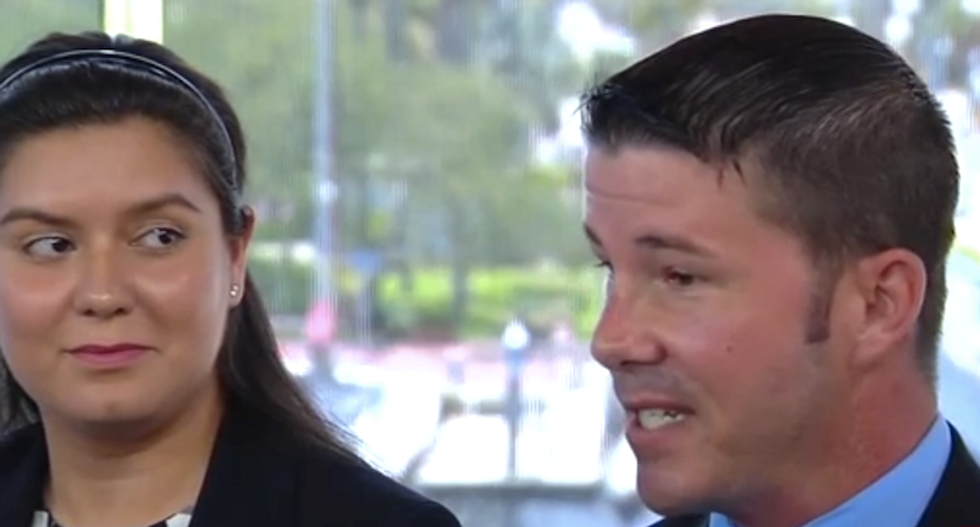 A Donald Trump supporter explained how he used a fallacy to shape his belief that the Statue of Liberty -- a symbol of enlightenment and freedom -- should be stripped of its meaning.

The man took part in a focus group convened by NBC News' Chris Jansing to discuss immigration and other issues on voters' minds in the presidential election, and portions of their conversation aired Monday on MSNBC's "Morning Joe."

"A lot of other countries have walls, why can't we?" said the Trump supporter.

Two Hillary Clinton supporters who also took part in the focus group argued that building a wall to keep out immigrants would likely be ineffective and undermine American values -- but the Trump supporter disagreed.

"I just think times have changed, though," he said, evoking the Statue of Liberty's inscription. "I mean, yes, we were accepting -- you know, show us your weak, your tired, your poor. I think the Statue of Liberty needs to have a 'no vacancy' (sign). Hey, put up a wall against Canada -- nothing against them, but all the money that we spend outside this country helping poor nations, Muslim nations, just dumping money into millions and millions of dollars."

The Trump supporter apparently believes, as many Americans do, that foreign aid constitutes a much more significant portion of the federal budget than it actually does.

More than half of Americans believe the U.S. spends too much on foreign aid, but only 5 percent of them realize it makes up less than 1 percent of the federal budget.

Most Americans guess that it makes up between 2 percent and 30 percent of the budget -- while about 10 percent of Americans think it's more than half the U.S. budget.

"Put up a wall around this country, educate our youth, put it into our inner cities and just dump all that money into America and people," the Trump supporter said.

Another man, identified as an undecided Republican, asked the man whether he would use that budget savings to fund universal health care -- but the Trump supporter quickly said no, he would not.

A second Trump supporter on the panel said she would go beyond the ban on Muslim immigration called for by the presumptive Republican presidential nominee.

"I support a limitation on allowing immigration right now," said the woman, Victoria Pearce. "It's not just Muslims -- it's immigration, period. I think our country has a significant immigration problem. I agree, I don't think a wall is the solution, I don't agree with the wall stance at all."

But she told Jansing that she still backed Trump, despite her disagreement with him over the proposed wall the U.S.-Mexico border.

"The idea that I'm supposed to agree with everything that one candidate does, I think is ludicrous," she said.