Trump supporter tries to paint him as a feminist: 'We're fighting for unborn womens' rights' 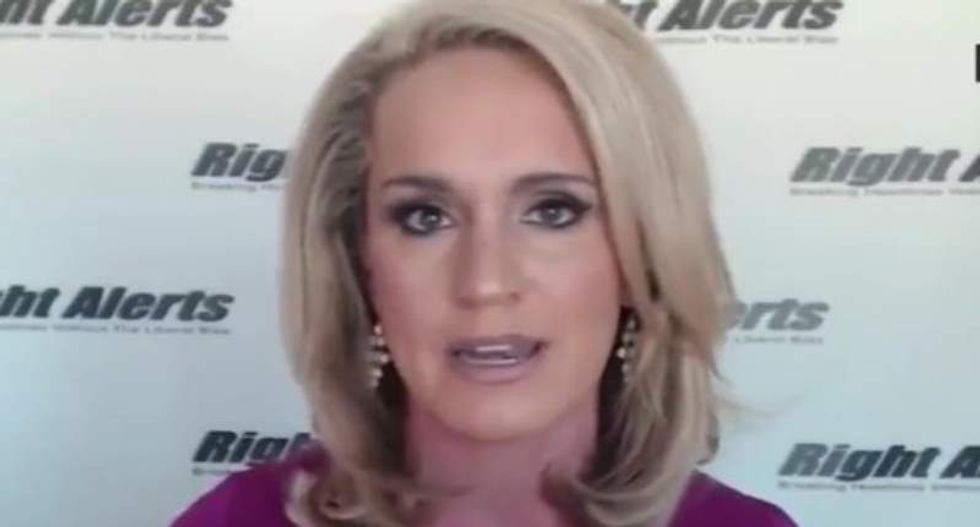 Tea Party radio host and Donald Trump surrogate Scottie Nell Hughes argued on Wednesday that the Republican candidate would make a better president for women who haven't even been born yet.

"We actually are fighting for womens' rights -- the unborn womens' rights," she told former Michigan Gov. Jennifer Granholm (D). "We are pro-life for a reason. We want all women to have the chance to live. And men as well. So yes, I consider him to be very feminist when it comes to the pro-life era."

When Hughes tried to argue that Trump has a better record of promoting women in his companies, Granholm responded by referencing a Boston Globe analysis earlier this week that determined that Trump's female campaign staffers are paid around 30 percent less than their male counterparts. By comparison, Clinton's campaign was found to have no gender pay divide.

The discussion then circled back to womens' health care, with Hughes saying that that Trump would improve health care choices for women by replacing the Affordable Care Act -- a.k.a "Obamacare" -- with a more "competitive" system that would allow states to create their own system.

"So [Trump] supports the fact that the states are closing down all of these Planned Parenthood clinics, that there is a complete effort on the part of states with Republican governors to shut down womens' access to health care," Granholm said. "I'm certain that he supports that."

"You need to separate womens' health care from abortion," Hughes responded. "If they are sitting there doing tax-funded abortions, those should be shut down."

In reality, Planned Parenthood's funding is not used to perform abortions.