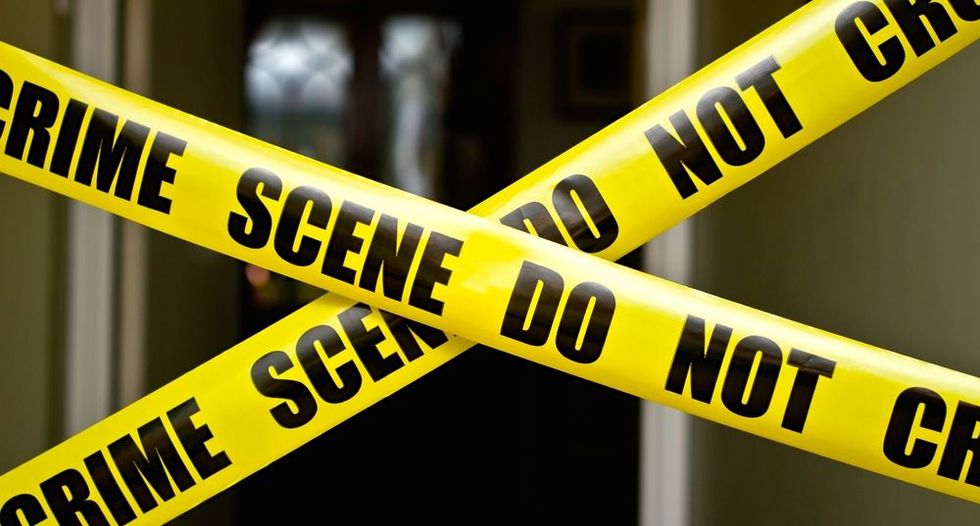 Denny Phillips and Russell Hogshooter, who could face the death penalty, are set for sentencing proceedings starting Tuesday by the same jury that convicted them late on Monday. Prosecutors said the two men stabbed, shot and set their victims on fire.

The target of the attack was Casey Barrientos, 32. Phillips and Hogshooter also killed three women at the house to prevent them from being witnesses, prosecutors said.

Among the victims was Brooke Phillips, 22, no relation to Denny Phillips, who was featured on the cable television reality show about a legal brothel in Nevada called Moonlite BunnyRanch. She was pregnant at the time, as was victim Milagros "Millie" Barrera, 22. Also killed was Jennifer Ermey, 25.

Hogshooter and Denny Phillips, who authorities said had planned to rob Barrientos, were found guilty of six counts of murder. Oklahoma law allows for suspects to be charged with murder for the death of the fetuses.

Defense attorneys questioned the veracity of two co-defendants who reached plea deals in exchange for testimony for the prosecution.