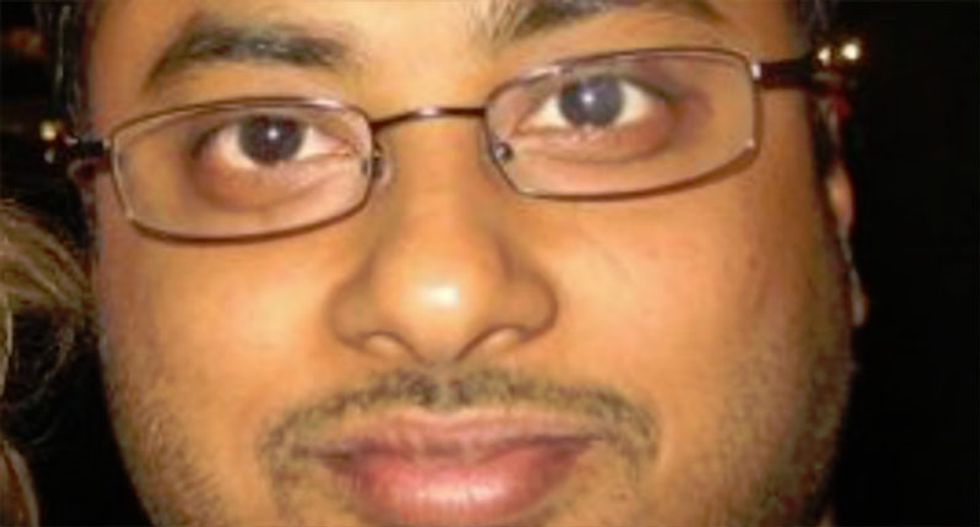 The former University of California, Los Angeles, graduate student who shot dead a professor at the school then killed himself began his rampage by killing his estranged wife at her Minnesota home, police and the victim's sister said.

Sarkar fatally shot 39-year-old engineering professor William Klug and intended to kill a second professor, police said. The native of India was convinced that Klug had stolen software he had developed, according to police, who called Sarkar's claim unfounded.

So far no motive has emerged to explain why he killed Hasti in the home they had shared in Brooklyn Park, Minnesota, some 2,000 miles (3,200 km) away from Los Angeles.

Police only decided to check on Hasti after finding a note at the Los Angeles crime scene written by Sarkar, 38, asking authorities to check on his cat at his home in St. Paul.

Hasti had been dead for some time when they discovered her, police said.

The bizarre hint led to the discovery of a "kill list" that included Klug, Hasti and the second professor, Los Angeles Police Chief Charlie Beck told reporters on Thursday.

"My sister, Ashley Hasti, was the smartest, coolest, and funniest person I knew. She could do anything she dreamed of," the sister said. "Unfortunately, she won't get to see that last dream come true as her life was cut short much too soon by her estranged husband ... I'm still in a state of shock right now."

Sarkar was armed with twin 9mm semiautomatic pistols and multiple extra clips of ammunition, authorities said. The shooting drew a massive response of heavily armed police. Students hid in classrooms behind doors, some of which did not lock, according to social media posts.

It was just the latest in a long string of deadly shootings at U.S. schools, including an October attack at an Oregon community college that killed nine and a 2007 massacre at Virginia Tech, in which a gunman killed 32 people, was the deadliest mass shooting in U.S. history.

Ashley Hasti married Sarkar in 2011, according to a copy of a marriage license obtained by Reuters. An active Facebook page belonging to Hasti shows pictures of Sarkar, none more recent than May 2011.

A page apparently belonging to Sarkar, with no public posts since 2011, prominently displayed several photos of them together.

Sarkar came from India's eastern state of West Bengal, where he graduated from the prestigious Indian Institute of Technology at Kharagpur in 2000 after studying aerospace engineering, according to an ex-classmate and the university's alumni list.

Staff at his secondary school in the industrial town of Durgapur remembered him as an able student who passed his exams with good results.

"My initial reaction was one of shock and disbelief," said Gautam Biswas, who taught Sarkar in the 9th and 10th grades at St. Michael's School in Durgapur, West Bengal. "How could he do this? That was the question that racked my mind for long hours."