US officials: No evidence of direct ISIS link to Orlando shooting 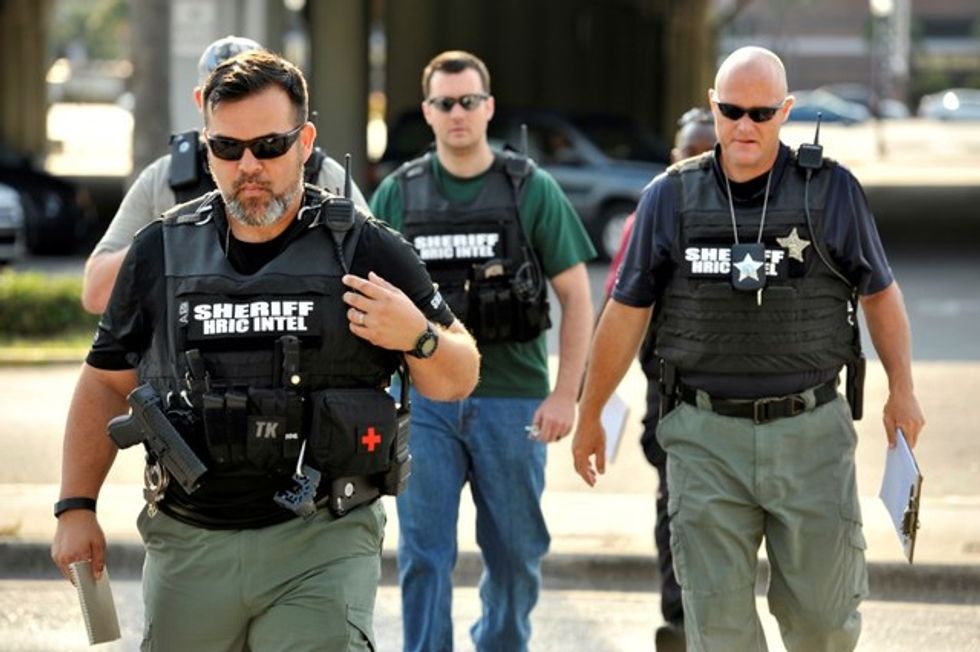 Officers arrive at the Orlando Police Headquarters during the investigation of a shooting at the Pulse nightclub, in Orlando, Florida, June 12, 2016. REUTERS/Steve Nesius

U.S. officials said on Sunday they had seen no immediate evidence of any direct connection between the worst mass shooting in U.S. history and Islamic State or any other foreign extremist group.

The two officials, who were familiar with the investigation and spoke on the condition of anonymity, also said they had yet to uncover any direct contacts between any extremist group and the suspect who opened fire in the Pulse nightclub in Orlando, Florida.

At least 50 people were killed and 53 others were wounded before the suspected gunman was shot dead by police.

The shooter was identified as Omar S. Mateen, a Florida resident who a senior FBI official said might have had leanings toward Islamic State militants.

The FBI official, however, cautioned that proving the suspected link to radical Islamism required further investigation.

The two officials familiar with the investigation said that a leading theory was that the suspect somehow was inspired by Islamic militants.

One official said that early information, the nature of which he did not disclose, indicated that the shooter was motivated by a mixture of "hate" and religion.

Federal authorities believe the shooter was Mateen, the U.S.-born son of Afghan immigrants, he said.

Representative Adam Schiff of California, the senior Democrat on the House Intelligence Committee, said in a statement issued after a briefing on the massacre that several factors indicated the attack was an Islamic State-inspired "act of terrorism."

He noted that the incident occurred during the Islamic holy month of Ramadan, that Islamic State had called for attacks during this period and that the target was an LGBT nightclub and was hit during Gay Pride weekend.

Moreover, he said, that, if accurate, "according to local law enforcement the shooter declared his allegiance to ISIS (Islamic State.)"

“Ramadan, the month of conquest and jihad. Get prepared, be ready ... to make it a month of calamity everywhere for the non-believers ... especially for the fighters and supporters of the caliphate in Europe and America," said the statement allegedly made by Abu Muhammad al-Adnani and distributed over Twitter accounts usually associated with Islamic State.

“The smallest action you do in their heartland is better and more enduring to us than what you would if you were with us. If one of you hoped to reach the Islamic State, we wish we were in your place to punish the Crusaders day and night,” said the audio clip, the authenticity of which could not be verified.

Despite being the GOP standard bearer in the 2012 election, less than a decade later Romney was not welcome at the event after voting to convict Donald Trump of inciting the fatal January 6th insurrection at the U.S. Capitol.