US urges United Nations to unite for gay rights 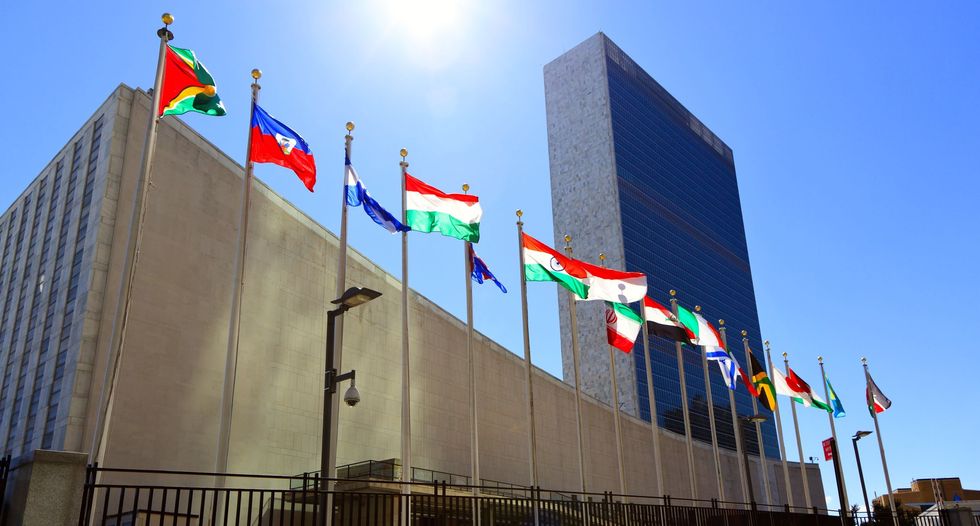 The United States appealed on Monday for the United Nations to unite to protect lesbian, gay, bisexual and transgender (LGBT) people, not just express outrage over a massacre in a Florida nightclub on Sunday in which 49 people were killed.

Being gay is a crime in at least 74 countries, the U.N. has said.

"If we are united in our outrage by the killing of so many – and we are – let us be equally united around the basic premise of upholding the universal dignity of all persons regardless of who they love, not just around condemning the terrorists who kill them," Deputy U.S. Ambassador David Pressman said

A shooter pledging allegiance to the radical group Islamic State carried out the deadliest mass shooting in U.S. history on Sunday at a gay nightclub in Orlando, Florida.

Rights organizations have accused Islamic State militants of killing dozens of gay men by throwing them from buildings or stoning them.

Pressman noted that there is just one General Assembly resolution referencing "sexual orientation" and "gender identity," a resolution that urges states to protect the right to life of all persons and investigate killings.

He said every year "there is a pitched fight over whether it is appropriate to include sexual orientation in that protection."

U.N. Secretary-General Ban Ki-moon has long advocated for gay rights but has faced opposition from African, Arab and Muslim states, as well as from Russia and China. On Sunday he condemned the Orlando attack.

In 2014, Ban announced the United Nations would recognize all same-sex marriages of its staff, allowing them to receive U.N. benefits. Russia unsuccessfully tried to overturn the move last year, with Saudi Arabia, China, Iran, India, Egypt, Pakistan, and Syria among 43 states that supported Moscow.

In February the 54-member African Group, the 57-member Organization of Islamic Cooperation and 25-member "Group of Friends of the Family," led by Belarus, Egypt and Qatar, protested the launch of six U.N. stamps promoting LGBT equality.

Then a group of 51 Muslim states blocked 11 gay and transgender organizations from officially attending a high-level U.N. meeting last week on ending AIDS, sparking a protest by the United States, Canada and the European Union.