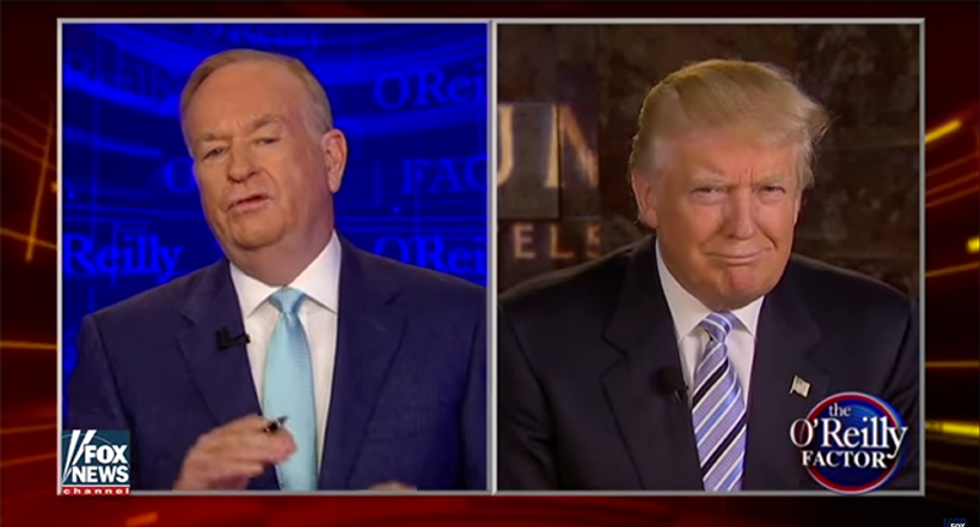 Fox News host Bill O'Reilly had his big interview Monday night with GOP presumptive nominee Donald Trump, and if it seemed scripted there might be a reason for that.

The Society of Professional Journalists lists in its code of ethics that journalists should be both independent and transparent.

Similarly, they suggest journalists be transparent about their process, saying they should "explain ethical choices and processes to audiences." At no point in O'Reilly's interview did he discuss or disclose whether Trump received questions ahead of time.

"We never, ever tell the guests what questions will be asked. Bill O'Reilly is the only person who knows what exactly he'll ask. We treated this interview like we treat all other guests on the program."

Check out the interview below via FoxNews:

TOPEKA — Melissa Leavitt says her ability to raise money to pay for a statewide hand recount of votes on the constitutional amendment on abortion rights will “have a lot to do with God moving in people’s lives.”

Leavitt ordered the recount before the 5 p.m. Friday deadline after launching an online fundraiser. By Saturday morning, she had raised less than $3,000 toward a $275,000 goal. However, the Kansas City Star reported she had posted a $200,000 bond with the Secretary of State’s Office.