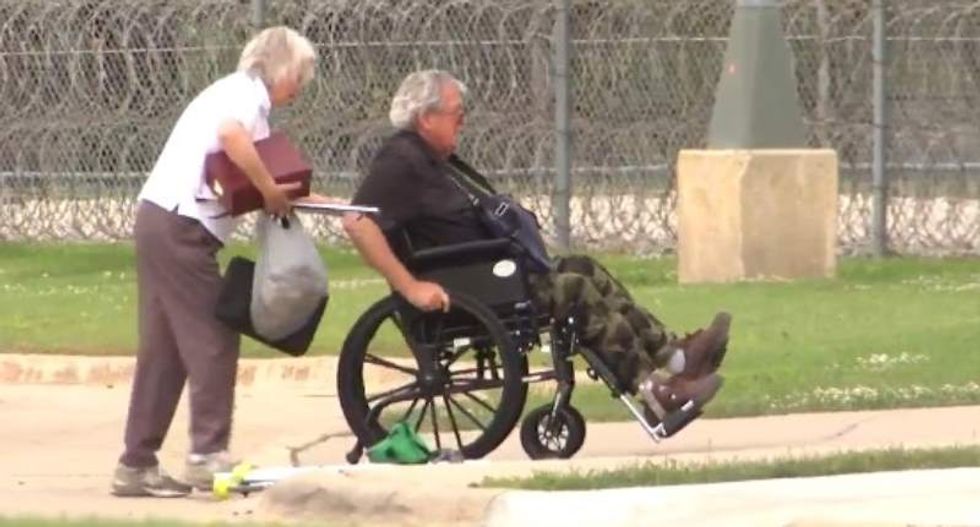 Former House Speaker Dennis Hastert (R-IL) was spotted reporting to a federal prison hospital on Wednesday after being convicted of paying a molestation victim to keep quiet, WLS-TV reported.

Hastert was seen using a wheelchair as he approached the Federal Medical Center in Rochester, Minnesota, where he is slated to serve his 15-month sentence.

"Inmates call it the Holiday Inn of the system," a former federal inmate, Michael Alcott, told WLS. "It's better food, it's nicer employees, it's better accommodations."

The former speaker was allowed to serve at the 64-acre center because of medical issues that included a stroke he suffered during the investigation into his activities.

"With his case, everyone knows about it so it's going to be pretty hard to hide it or lie to them and tell them that you're in there for income tax evasion," said another former inmate, Jason Chez. "So, yeah, they're not going to talk to him and they're probably going to yell at him and call him names."

According to the Chicago Tribune, Hastert is expected to serve 12.5 months, after which time he would undergo mandatory sex-offender treatment and be subject to two years' supervised release.

Watch the footage of Hastert's arrival, as aired by WLS, below.