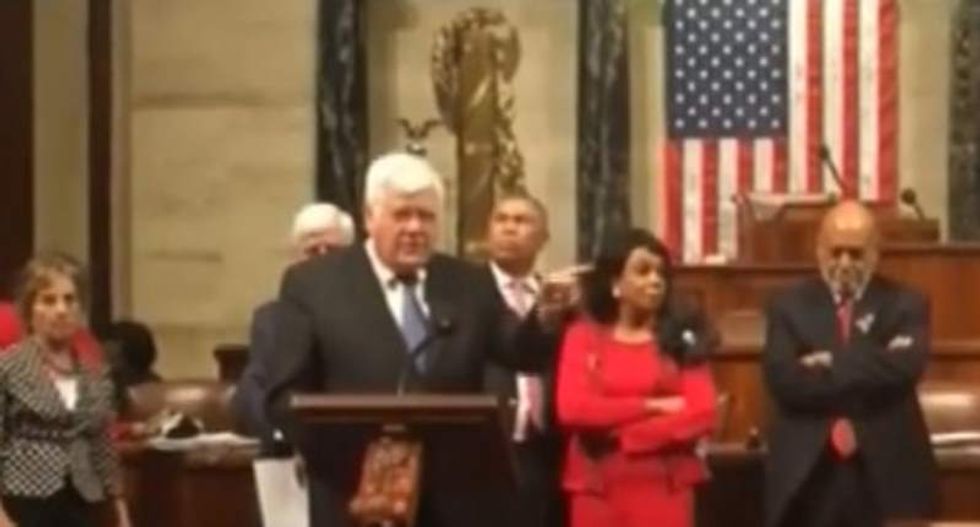 McDermott said the sit-in, organized by Rep. John Lewis (D-GA), came on the day that Ryan was to roll out a Republican alternative to the Alternative Care Act, popularly known as Obamacare.

"You threw a bomb under the door of his rolling out this health care bill. So if you're wondering where he is, he's up in his office crying," said McDermott. "I mean, he had this thing all set, he had it all ready to go and we did this to him. You think you think there won't be payback? You don't know the Irish."

The footage was posted on Facebook by McDermott's colleague Beto O'Rourke (D-TX) after C-SPAN's regular broadcast of House proceedings was shut off. The network subsequently posted a feed using the Periscope app.