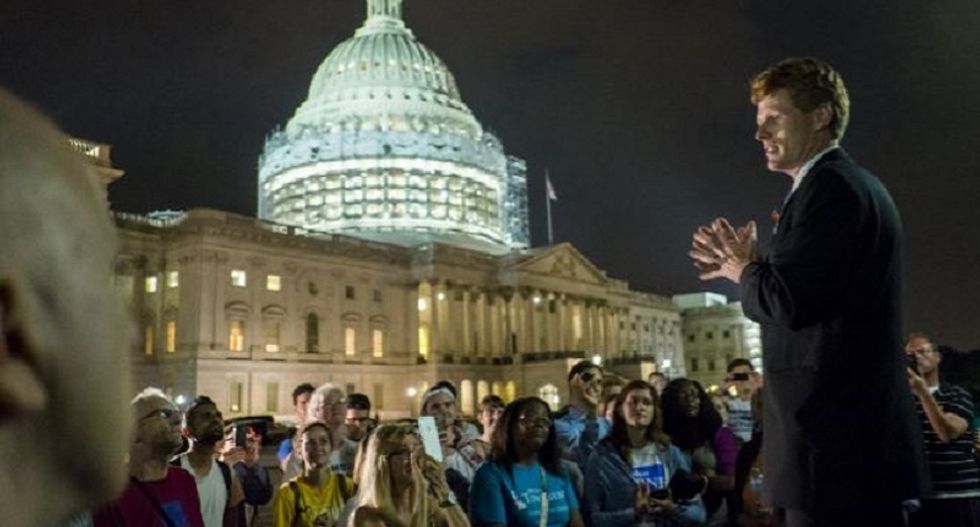 Lawmakers and supporters at the Capitol (Boston Globe/Twitter)

Democratic leaders continued to sit-in on the House floor on Thursday even as Republicans voted to start their July 4th break early, The Hill reports.

Democrats vowed to hold the floor and have been using social media to broadcast their action, since cameras in the building have been turned off be Republicans.

The demonstration is being led by civil rights hero and Georgia Rep. John Lewis.