What the hell were these 10 people doing on the terrorist watch list? 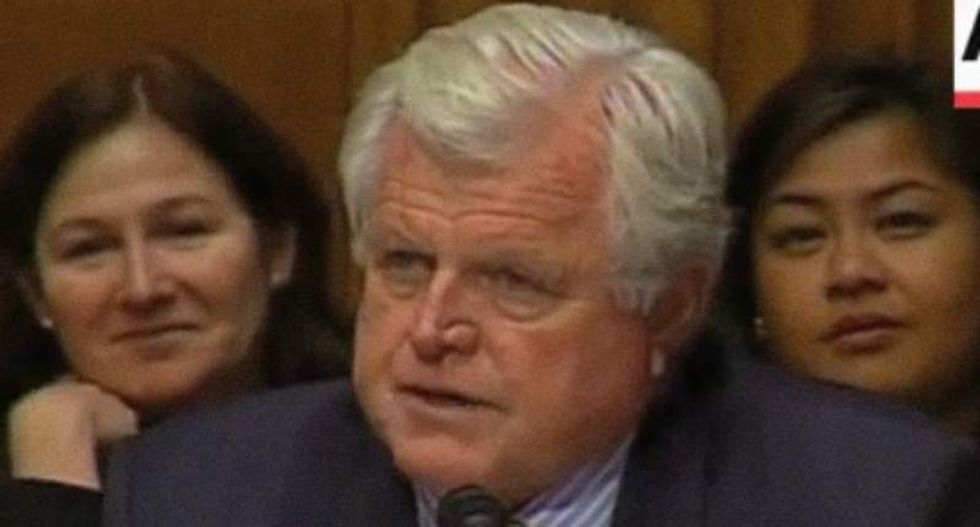 Look no further if you were wondering how messed up America's anti-terror program is.

In the wake of the Orlando massacre, even some of the biggest objectors to gun control are opening the door to restrictions.

“I will be meeting with the NRA, who has endorsed me, about not allowing people on the terrorist watch list, or the no-fly list, to buy guns,” Donald Trump tweeted Wednesday, surprising both the left and right.

"For Democrats, however, the move amounts to a strong endorsement of a system that civil liberties advocates have called a “Kafkaesque bureaucracy,” and which some Democrats have previously criticized for being secretive, unaccountable, and discriminatory," The Intercept reported in response to the controversy.

"According to interagency watchlisting guidelines The Intercept published in 2014, it takes neither “concrete facts” nor “irrefutable evidence” to add someone’s name as a terror suspect. The guidelines allow the administration to name individuals as representatives of terrorist groups they have no demonstrable connection to and to put entire “categories” of people on the no-fly list," said the Intercept.

Here are just 10 of the most outrageous entries in the system:

"Mr. Kennedy said his situation highlighted the odyssey encountered by people whose names had mistakenly appeared on terrorist watch lists or resembled the names of suspected terrorists on such lists. In April, the American Civil Liberties Union sued the government on behalf of seven airline passengers who said they had wrongly been placed on no-fly lists or associated with names on the lists and could not find a way to clarify their identities," The New York Times reported.

The name of the president who has been highly critical of the Obama Administration was discovered on the terrorist watch list in 2009.

“The capitalist system that Obama represents is not a policy that embodies the people of the United States, but a policy of the transnational corporations, especially of those that commercialize weapons and push for an arms race," Morales told RT America in 2014.

"This kind of intervention that the US government provokes is a business to them - a business that ends people’s lives," Morales added.

"Nelson Mandela is being remembered across the world (and political spectrum) for his heroic, life-long battle against apartheid and injustice in South Africa. But with all the accolades being thrown around, it’s easy to forget that the U.S., in particular, hasn’t always had such a friendly relationship with Mandela -- and that in fact, as late as 2008, the Nobel Prize winner and former president was still on the U.S. terrorism watch list," the Washington Post revealed in 2013. As it turns out, because Mandela was part of the African National Congress, the group trying to overthrow the white apartheid-supporting government, he was placed on South Africa's list, which the US adopted.

A former US Attorney General, an airline pilot and a third grader all share the name "James Robinson" and are all on the terrorist watch list.

Coinidentally, Griffin was also placed on the watch list “shortly after I began a series of investigative reports critical of the TSA," he told CNN.

"We were puzzled,” Dr. Santosh Thomas, Alyssa’s father told CNN in 2011. The family found out at the Continental check-in after having booked a flight from Cleveland to Minneapolis. “They said, ‘She’s on a list,’ I said, ‘Well, what does she have to do to get off that list?"

“My mom thinks that some terrorist has the same name as me and my dad,” Hicks told CBS. According to his mother, the family has had to battle with this unfortunate discrepency nearly Mikey's entire life.

In January 2014, a federal judge ruled that, "the Department of Homeland Security made a "mistake" when it put a former Stanford University PhD student on the government's no-fly terrorist watch list and must give her an opportunity to apply for reentry to the United States."

That was nearly a decade after Ibrahim discovered she was even on the list - in 2005. Ibrahim's case was "the first and only successful challenge to the terrorist watch-listing program, which arose following the 9/11 attacks," Ars Technica confirmed.

Alexandra Rosenmann is an AlterNet associate editor. Follow her @alexpreditor.