Where does anti-LGBT bias come from – and how does it translate into violence? 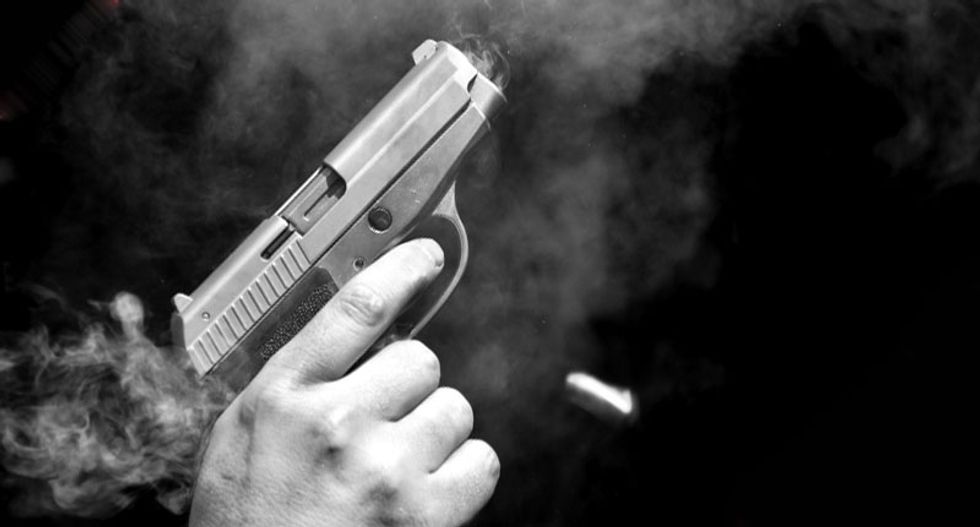 In the United States, public support of the lesbian, gay, bisexual and transgender (LGBT) community has increased in recent years. These changes are associated with increased visibility of openly gay characters on television, the repeal of “don’t ask, don’t tell" and the Supreme Court decision that legalized same-sex marriage.

Nevertheless, violence against sexual minorities remains a major public health problem in the U.S. and internationally. A recent study concluded that approximately 50 percent of LGBT adults experience bias-motivated aggression at some point.

For every highly publicized act of violence toward sexual minorities, such as the recent mass shooting at a gay nightclub in Orlando, there are many more physical and verbal assaults, attempted assaults, acts of property damage or intimidations which are never reported to authorities, let alone publicized by the media.

What spurs on these acts of violence? Can we do anything to prevent them? Fortunately, an extensive body of social science research exists that identifies perpetrators’ motivations and suggests ways we can reduce the likelihood of these acts of aggression toward sexual minorities.

Reinforcing the roots of antigay bias

Prejudice toward sexual minorities is rooted in what psychologists call sexual stigma. This is an attitude that reflects “the negative regard, inferior status and relative powerlessness that society collectively accords to any nonheterosexual behavior, identity, relationship or community."

Sexual stigma exists and operates at both individual and society-wide levels.

At the societal level, sexual stigma is referred to as heterosexism. The conviction that heterosexuals and their behaviors and relationships are superior to those of sexual minorities is built into various social ideologies and institutions – including religion, language, laws and norms about gender roles. For example, religious views that homosexual behavior is immoral support heteronormative norms, which ultimately stigmatize sexual minorities.

On an individual level, heterosexuals can internalize sexual stigma as sexual prejudice. They buy into what they see around them in their culture that indicates sexual minorities are inferior. Consider the Defense of Marriage Act. This legislation, which defined marriage as a union between one man and one woman, denied homosexuals the rights held by heterosexuals. Heterosexuals can incorporate that stigmatizing view into their own belief system.

Sexual minorities themselves can internalize sexual stigma, too – a process called self-stigma. Aligning their own self-concept with society’s negative regard for homosexuality results in myriad negative health outcomes.

Beyond prejudice: a masculinity problem

Many people believe that antigay violence is caused by prejudice. To a certain extent, they’re correct. But when we back up and think about this aggression within the framework of sexual stigma, we can see that the causes of antigay violence run deeper and are more complex than a simple “prejudice” explanation.

Perpetrators of anti-LGBT aggression may or may not hold prejudiced attitudes, but they carry out their violence within a heterosexist society that implicitly sanctions it. It’s these society-level heterosexist attitudes that provide the foundation for three well-established motivations and risk factors for aggression toward sexual minorities.

Researchers have identified two major aspects of this masculinity-based motivation.

The first is adherence to norms about status – the belief that men must gain the respect of others. The status norm reflects the view that men should sit atop the social hierarchy, be successful, and garner respect and admiration from others.

The second is a strong conviction in antifemininity – that is, believing men should not engage in stereotypically feminine activities. Men who endorse this norm would not engage in behaviors that are “traditionally” reserved for women – for instance, showing vulnerable emotions, wearing makeup or working in childcare.

Other norms can also lead to violence under certain circumstances. For instance, recent data indicate that alcohol intoxication may trigger thoughts that men need to be tough and aggressive. Being drunk and having toughness in mind may influence men to act in line with this version of masculinity and attack gay men.

In the most common aggression scenario, an assailant is in a group when he becomes violent toward a member of a sexual minority. The attacker has the support of his group, which can act as a motivator. Indeed, the male peer group is the ideal context for proving one’s masculinity via aggression because other males are present to witness the macho display.

Studies also indicate that perpetrators of hate crimes, including violence toward sexual minorities, seek to alleviate boredom and have fun – termed thrill-seeking. It’s important to note that for thrill-seeking assailants, the selection of sexual minority targets is not random. Given that sexual stigma devalues homosexuality, it sanctions these perpetrators’ strategic choice of a socially devalued target.

How does a given perpetrator get to the point where he decides to attack a sexual minority? Research suggests it’s a long process.

Through personal experience and from social institutions, people learn that LGBT people are “threats” and heterosexuals are “normal.” For example, throughout adolescence, boys consistently have it drilled into them by peers that they need to be masculine and antifeminine. So when a young boy teases a gay person, verbally intimidates that person or hits him, he gets positive reinforcement from his peers.

As a result of these processes, we learn over time to almost automatically view sexual minorities with lower social regard and as a threatening group.

Recent research suggests two types of threats – realistic and symbolic – may lead to sexual prejudice and a heightened risk for anti-LGBT aggression. It doesn’t matter whether an actual threat exists – it’s one’s perception of threat that is critical.

A group experiences realistic threat when it perceives sexual minorities as threats to its existence, political and economic power or physical well-being. For example, heterosexuals may fear that pro-gay policies such as the legalization of same-sex marriage will make it harder to advance their own alternative political agendas. In this way, they should perceive a gay man as a direct threat to their own political power.

Symbolic threat reflects a heterosexual’s perception that sexual minorities’ beliefs, attitudes, morals, standards and values will lead to unwanted changes in his or her own worldview. For instance, a highly religious heterosexual may fear that a same-sex relationship or marriage poses a threat to his or her own values and beliefs.

Can we prevent anti-LGBT violence?

Sexual stigma may be reduced by targeting the processes that lead to sexual prejudice. For example, studies indicate that heterosexuals who have a close relationship with an LGBT individual report lower levels of sexual prejudice. That’s probably because positive feelings regarding the friend are generalized to all sexual minorities.

These kinds of experiences may help lessen heterosexism within various social contexts. But given the widespread nature of bias-motivated aggression and the ubiquity of heterosexism, these individual-level approaches are likely insufficient on their own.

If we’re serious about tackling the public health issue of anti-LGBT violence, we need to try to reduce heterosexism at the societal level. Succeeding at that should lead to corresponding reductions in sexual prejudice and antigay violence.

There are a few prongs to a societal level approach. Changing public policies – things like hate crime legislation, repealing “don’t ask, don’t tell,” legalizing same-sex marriage – can work to reduce heterosexism. Likewise, positive portrayals of sexual minorities in the media and popular culture can contribute to changing views. Social norms interventions that work to correct misperceptions of LGBT people can help, too.