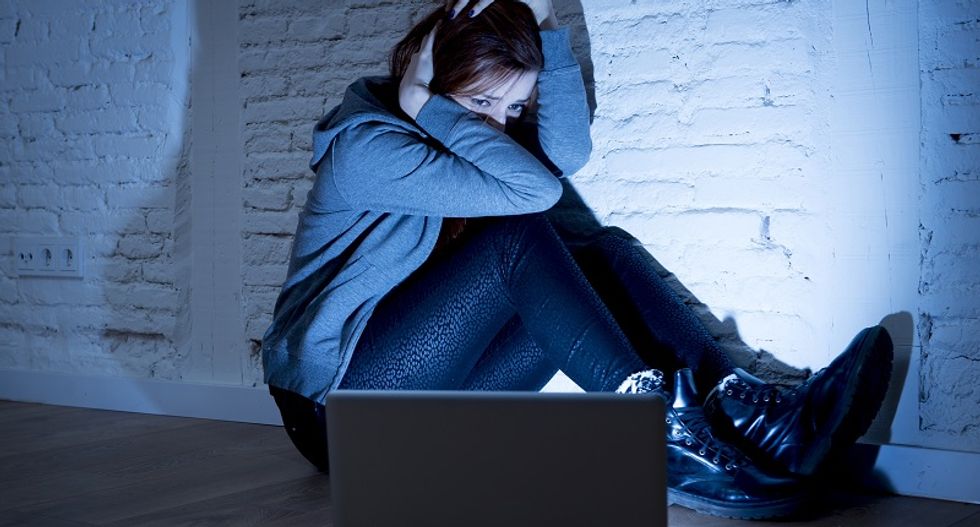 The Stranger identified the man as Matt Hickey, a freelancer who has done work for that publication. Hickey did not comment, saying his lawyer advised him not to. Women who spoke to the Stranger say they had sex with Hickey in what they believed was an audition. They say they believe it was Hickey posing as the female recruiter on Facebook, calling himself "Deja Stwalley."

"I agree it's weird and also ridiculous, but I'm sorry to say that at this point I can't talk about anything specific, though I may in the future," he wrote in an emailed response to the Stranger's request for comment.

He seemed to deny the allegations while remaining tight-lipped.

"I mean how it's taken on a life of its own online, like a terrible game of telephone with no operator," Hickey wrote in an email to the Stranger. "Like there are things people have sent me, things that others have written that are clearly, completely and ridiculously just plain made up. At some point it no longer matters what's true and what's not. Of course, I can't give you details, sorry."

The women interviewed by the Stranger say it went down like this: A blonde woman in a blue romper calling herself Deja Stwalley would send them a random friend request of Facebook, then start messaging them with chipper greetings. Then she would say things like, "i was just scoping your pics. they're hot!" and "Sorry for the blind add but you're super cute so I had to "

Perhaps tellingly, Stwalley claimed her webcam wasn't working and seemed never to be able to make voice calls. But she cynically claimed to have gotten into the business to protect women from abuses.

"There are scammers out there, but that's why I DO this. lol. one of my bestest friends got scammed and it was a shitty scene," she chirped to one victim.

One of the women targeted by the Stwalley account was Allysia Bishop, who was 19 years old at the time.

Bishop told the Stranger that Deja friended her in 2013. The two worked out the details to have Bishop "audition" at Matt's apartment on Capitol Hill.

"He had a little checklist of things I was comfortable doing in the future, like are you fine with bondage, are you fine with whatever," she told the Stranger in a phone interview. Bishop recalled Matt sousing her with vodka screwdrivers. "He checked a little checklist off and said fine, all right we'll take some pictures. All the while, I was drinking. He was just making me more drinks and more drinks."

Bishop tells the Stranger she drank to the point of nearly going unconscious, and it was at that point Matt said they had to have sex.

"He was like, 'Well, we have to have sex, because if we don't then how am I going to know you're for real and you'll actually be able to do this in the industry? So you have to prove to me you're not going to bail out,'" she told the Stranger's Sydney Brownstone.

The experience left Bishop so despondent that she unsuccessfully attempted suicide, slitting her wrists in her bathtub. She left Matt's apartment feeling unsettled and upset, but not understanding why.

Still, she kept in touch with Stwalley on Facebook, in hopes that the promised work would come her way.

"I kept in contact with the Deja profile because I was promised that people were seeing my portfolio and I was bound to get coverage or get a career eventually," Bishop told Brownstone. "And eventually, you know, I was like, 'I don't really know if I want to do photographs with Matt anymore.'"

The company told the Stranger they do not use "scouts" and never heard of Stwalley. Further, a release form sent to Maise by Stwalley contained a bogus business address in Las Vegas.

As if the story isn't strange enough, a "Deja Stwalley" does exist in real life -- she now has a different last name and she knows nothing of the Facebook account. But she told Brownstone she went to grade school with Matt.

"He had a weirdo crush on me," she told Brownstone.

Some of the women filed police reports, though Brownstone reports no one has been arrested. Legal experts interviewed for the story said it would be a difficult case to prosecute, if charges were to be filed.

"I think that you would probably have on some level a tough case because there is this stigma attached: 'Oh, those stupid girls, they got what they deserved trying to get into a sleazy world,'" Las Vegas defense attorney and former municipal court judge Dayvid Figler told Brownstone. "You're dealing with public opinion about this sort of thing. But [allegedly], they were essentially raped. Their consent was based on a false premise."

Another woman who says she was targeted, Liz Shearer, was 20 when the Stwalley profile contacted her. Shearer reported the incident to police as rape. Both Shearer and Bishop have allowed the Stranger to use their true names. Shearer says she is not backing down.