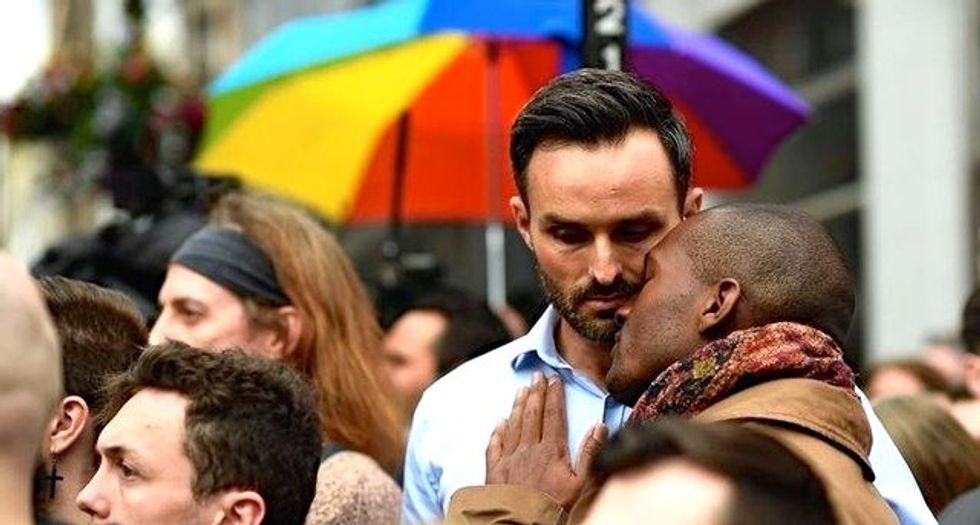 Men embrace during a minute's silence in memory of the victims of the gay nightclub mass shooting in Orlando, in the Soho district of London, June 13, 2016. REUTERS/Dylan Martinez

On February 21 1997, a bomb exploded on the patio of the Otherside Lounge in Atlanta, a well-known lesbian bar on the outskirts of the city’s gay district. 150 patrons were inside the bar when the first blast was detonated; five were injured, one seriously.

During the initial police response, an undetonated timed second device was found on the side of the building, apparently intended to maim first responders. Luckily, it did not detonate, and the Atlanta Police were able to conduct a controlled detonation at the scene. During the subsequent investigation, it was determined that serial bomber Eric Rudolph, a radical anti-gay Christian, was responsible.

While the Otherside Lounge bombing occurred nearly 20 years ago, the incident has personally and professionally affected me both as a lesbian and in my role during my tenure with the Atlanta Police Department. I recall seeing the footage of the incident unfold in several news outlets, and watching in disbelief when a city official “outed” a victim, who subsequently lost her job as a result.

During my police career, I constantly felt that my “out” existence was an advocacy role that was often manipulated into tokenism. One of my police supervisors once personally pointed to me in a LGBT+ community meeting after a bias compliant, and said: “See, we have gay people on our police department.” Besides tokenism and rejection from some of my police colleagues, I was also treated with hostility by the LGBT+ community for being a “traitor”. If only they knew how difficult it was to wear that uniform for them.

While the police response to the Otherside Lounge was prompt and set a precedent for initial responses to bombings in general, the incident is often glossed over when looking at the numerous LGBT+ hate crimes that have occurred in the American South – an area where there are more churches than schools, and one riddled with a violent civil rights history.

I still recall the fear of going to my first gay club in Atlanta – was someone going to kill me? Would there be another bomb? You see, you’re never really safe being LGBT+ in the South. You can be fired, you can be raped, you can be attacked, and you can be killed for being defiant enough to just exist. And to cap it all, you can simply be ignored.

According to FBI crime statistics, LGBT+ people are still more likely to be the victim of a violent hate crime than other minority communities – and many such crimes simply aren’t reported to the police, or aren’t classified as hate crimes if they are. Disappointingly, it appears that the Matthew Shepard and James Byrd Jr. Hate Crimes Prevention Act of 2009 has done very little to bring these figures down. 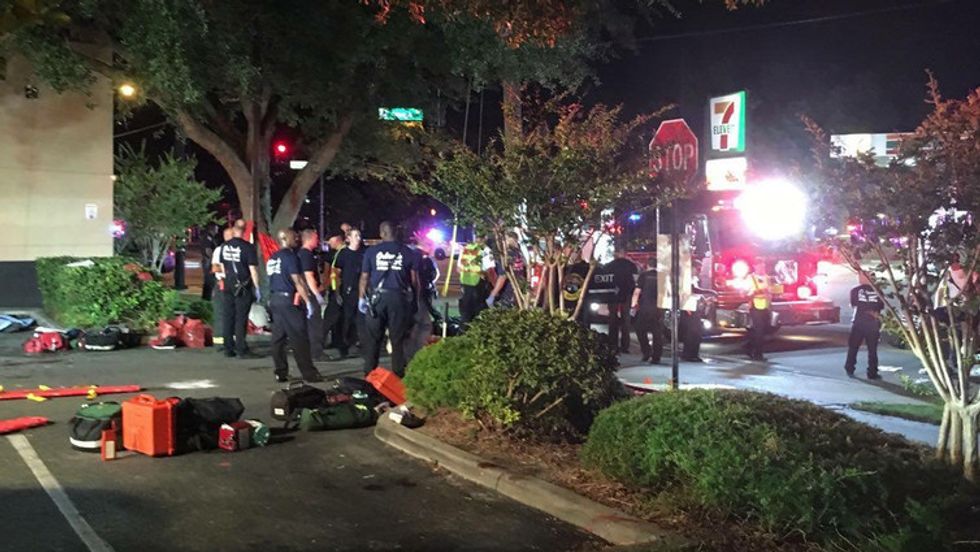 While the act shed light onto LGBT+ hate, it did very little to change public attitudes in the South. Police agencies included more diversity training, recruited more LGBT+ applicants, and introduced LGBT+ clauses in their standard operating procedures. And yet police still selectively targeted the LGBT+ community: recall the brutal 2009 raids on the Forth Worth Rainbow Lounge and the Atlanta Eagle Bar. This selective targeting of LGBT+ “safe places” has further heightened the divide between LGBT+ Southerners and the police.

And so to June 12, when a gunman walked into Pulse, a gay nightclub in Orlando, Florida. A shoot-out with an off-duty officer ensued, with the shooter retreating into the nightclub and taking patrons hostage. Initially, officers and those lucky enough to escape stated that the shooter was armed with a “device” which posed an additional threat at the scene. While it was later identified as an exit sign or a smoke detector, I’m sure memories of Eric Rudolph’s bombings went through both patrons' and officers' minds.

The scene quickly moved from an active shooter situation, in which officers are trained to quickly engage with the shooter, to a hostage situation. Watching the initial footage of the incident, I wondered how horrific the three-hour wait actually was. And again, given the dangers and sorrows of being LGBT+ in the South, it was all too easy to question why 150+ officers stood by for so long to assess the situation. Did LGBT+ bias come into play?

But examine more footage and you can see officers loading victims into pickup trucks to transport them to the hospital, against police protocol. You can see officers engaging in an active shoot-out while protecting patrons who were lucky enough to exit the club unscathed.

Given the history of LGBT+ life in the South, where police protection is hardly something to be taken for granted, this is a deeply moving sight. But one thing is for certain: tactical police responses to LGBT+ hate crimes will have to constantly evolve. As with the Otherside Bombing, the rapidly evolving situation at Pulse shows just how on their toes police must be to deal with these crimes.

All the while, the South remains a place where it’s easier to buy a gun than to get a county clerk to sign a gay marriage certificate. But then again, you are never safe being LGBT+ in the South.