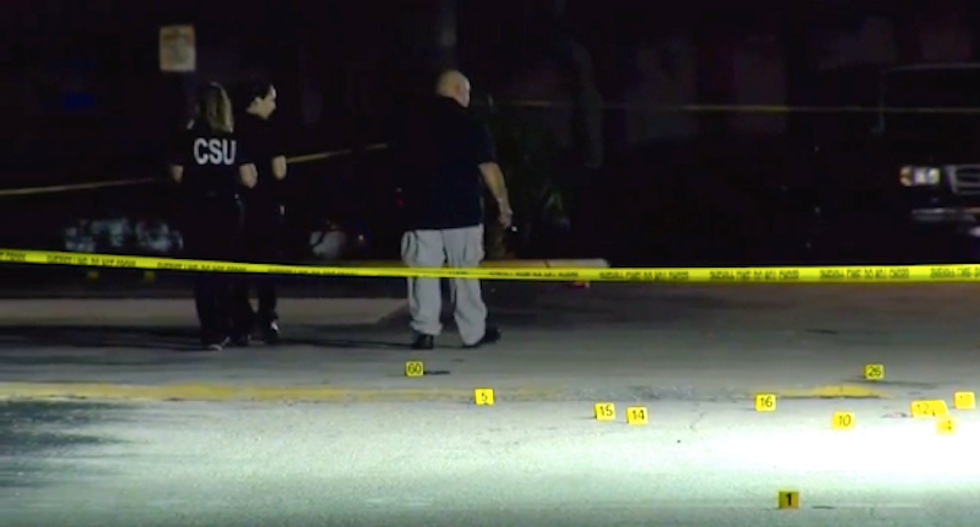 At least two people were killed and more than a dozen others were wounded, many of them teenagers, in a shooting in the parking lot of a nightclub in Fort Myers, Florida, early on Monday, authorities said.

Between 14 and 16 people were wounded, with their injuries ranging from minor to life-threatening.

The club was hosting a "teen night" for people of all ages, CNN reported.

The victims arriving at Lee Memorial Hospital in Fort Myers ranged from 12 to 27 years old, according a statement from spokeswoman Cheryl Garn.

One victim died at the hospital, she said, while three others were admitted, one of them in critical condition.

Police said three people had been detained for questioning and that the area was deemed safe, although roads in the vicinity remained closed.

Investigators were seeking to determine a motive and the identities of the two people who were killed, the statement said.

Police said shots were also fired at a nearby residence, where there was one minor injury.

Fort Myers police and the Lee County's Sheriff's Office were canvassing the area for other people who may have been involved, the statement said.

Representatives of the law enforcement agencies could not immediately be reached for further comment.

The shooting came six weeks after a massacre at a nightclub in the Florida city of Orlando, where a lone gunman who sympathized with Islamist extremist groups killed 49 people in the deadliest mass shooting in U.S. history.

Fort Myers, on Florida's Gulf Coast, is about 150 miles southwest of Orlando.