‘Bring out the electric chair’: Watch Trump Jr. flip out after CNN asks if Russia is helping his dad 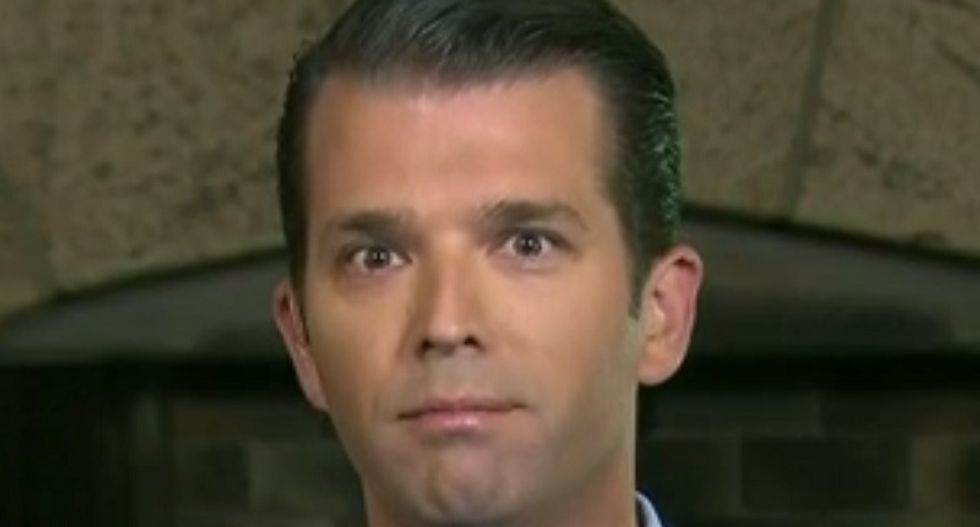 Donald Trump Jr. became heated when being questioned by CNN's Jake Tapper over whether Russian hackers were responsible for leaked emails that seem to show the Democratic party tried to undermine Hillary Clinton's rival in the primaries, Bernie Sanders.

"What's disturbing to us is that experts are telling us that Russian state actors broke into the DNC, stole these emails, and other experts are now saying that the Russians are releasing these emails for the purpose of actually helping Donald Trump," Mook said. "I don't think it's coincidental that these emails were released on the eve of our convention here... I think we also need to be concerned that we also saw last week at the Republican convention that Trump and his allies made changes to the Republican platform to make it more pro-Russian."

Mook's comments were not the first time Trump has been accused of being pro-Russian.

Trump Jr. discounted the accusations by alluding to a house cat hearing rumors.

"It's disgusting, it's so phony," he said, growing heated. "I watched them bumbled through the interview, I was able to hear it on audio a little bit. I can't think of bigger lies, but that exactly goes to show you what the DNC and what the Clinton camp will do."

The Democratic National Committee has in the past had its files hacked by Russian attackers.

"It s a rigged system, it's disgusting, and the people should be fed up, cause when I heard it I certainly was," Trump Jr. said. "I don't mind a fair fight, but these lies and the perpetuating of that kind of nonsense to try to gain some political capital is just outrageous and he should be ashamed of himself. If a Republican did that they'd be calling for people to bring out the electric chair."

Donald Trump Jr. on DNC and Clinton campaign: "They will lie and do anything to win" #CNNSOTUhttps://t.co/mBD1wfVKq7

Watch more of the interview, as posted to YouTube, here: