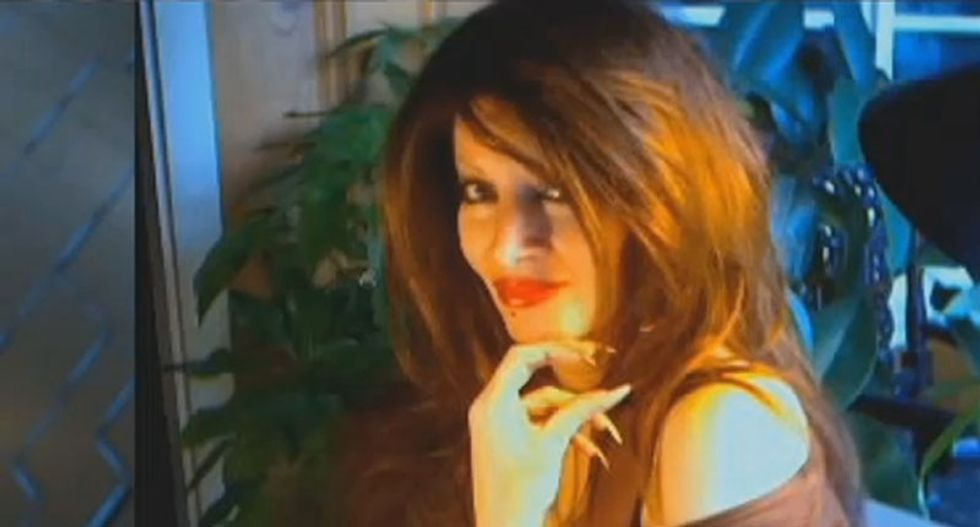 When is a hate crime not a hate crime? If it happens in vice presidential nominee Mike Pence's state of Indiana, it cannot be a hate crime: Indiana does not have a hate crimes statute. So, for Crystal Cash, a transgender woman who was shot in the face, police will not be pursuing hate crime charges against the man who Cash alleges shouted an anti-gay slur at her before shooting her.

Cash, 55, is currently unable to speak after being shot in the face at her Perfect You Permanent Cosmetics shop in Evansville last week.

The case has been complicated by the police -- who have implied that Cash is a prostitute -- and by whether her assailant, identified as Gerald Duane Lewis (AKA Gadiell Ben Israel), belongs to an organization identified by the Southern Poverty Law Center (SPLC) as a hate group.

The SPLC identifies Lewis/Israel's church as violently anti-Semitic and anti-LGBT. The Israel United in Christ Church, on its Tumblr page, denounces interracial marriage as a sin and an abomination, and also commands its followers not to vote. In recent posts, it commented upon a recent house fire that killed seven children that it was a lesson to be learned about "defiling the sabbath." The organization posted a note on its website denying that Lewis was a current member of the group.

When the Evansville Courier-Press reported on the arrest, it paraphrased the police report:

"Investigators noted in the arrest affidavit that Cash operates a known massage parlor in one of the spaces in the building where the shooting happened. Cash is a frequent poster on Backpage.com, an adult services website that police have expressed concern about in the past.

Lewis was arrested Monday afternoon. In an interview with police at the hospital, Cash told investigators she had met Lewis on the street and called the meeting "completely random," according to the affidavit. Investigators wrote that Cash said she had shown Lewis "her website" before the shooting."

It is not clear why police mentioned that Cash, who runs a cosmetics business where she is listed as licensed in several professional cosmetic practices, allegedly advertises a "massage parlor" in the police report. Cash's brother refutes the police version of events, and says that his sister allowed the suspect into her shop in order to use the bathroom.

Johnny Dickens, Cash's brother, says that his sister has been in a "committed relationship for twenty years." He alleges that police are trying to portray his sister as a prostitute rather than as a transgender businesswoman who was targeted by a Christian extremist.

According to Courier news reports, there was initial confusion after the events as police reported that a "man" had been shot. Cash was able to describe the suspect in writing, whom she said was wearing an "Israeli-Christian" tee shirt. Lewis/Israel is being held on $5 million bond/$500,000 cash for attempted murder, robbery, and carrying a handgun without a permit. The suspect was arrested with a 9mm in his possession.