Church tries to punish girls who sued over sex abuse by outing them: ’They should not be able to hide’ 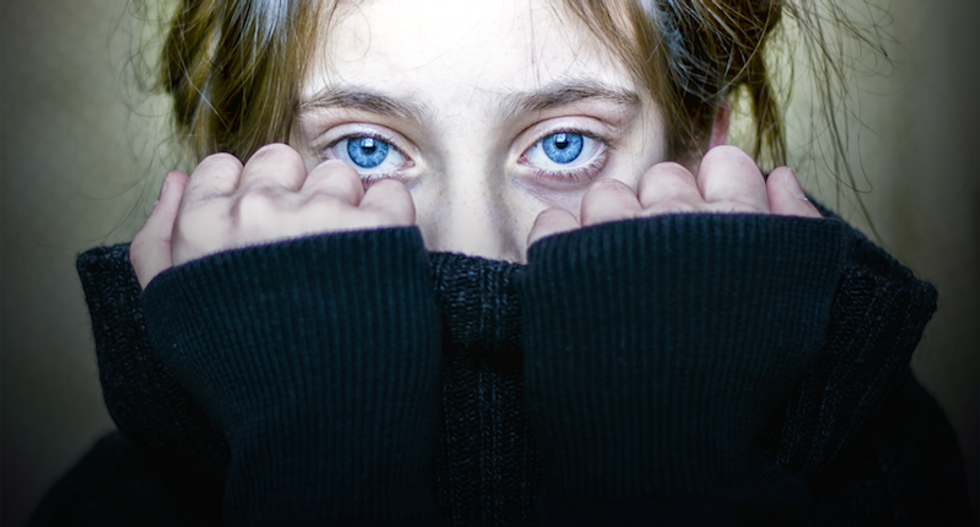 Young girl hides her face behind a sweater (Shutterstock)

A Kansas church is asking a court to help punish two girls who sued over sexual abuse by a former vacation Bible school volunteer.

The girls, who were both younger than 14 years old, and their families filed a lawsuit June 9 that alleges church officials knew about Lichtenegger's extensive past sexual conduct and crimes involving children.

Officials at the Southern Baptist church denied knowledge of those previous juvenile convictions, but admittedly knew they should pay close attention to Lichtenegger, who was 17 years old when he volunteered for the summer Bible school in 2014 and assaulted one of the girls in the parking lot.

However, the lawsuit accuses church officials of ignoring their own protocols and allowing Lichtenegger to be around children outside of his father's supervision.

The lawsuit, and its timing, apparently angered church officials -- who have taken the unprecedented step of asking a judge to publicly identify the underage victims of sex abuse.

The church filed a petition June 15 asking the court to require the two teenage sisters and their parents to identify themselves publicly before their lawsuit may proceed.

Church officials accused the family of launching “a Pearl Harbor-styled barrage of negative publicity” timed to coincide with the start of this year's vacation Bible school.

The petition grumbles that the girls and their parents had leaked their complaint to the media before serving notice of the lawsuit to the congregation.

"While the Defendant admits the sensitivity of the allegations, Plaintiffs tactically decided to ‘draw first blood’ on the issue publicly,” the church’s petition says. “In time, that may ultimately be seen in hindsight to be a bad decision. However, they should not be able to hide behind pseudonyms after systematically and intentionally initiating a campaign specifically designed to damage Defendant’s reputation.”

The petition is highly unusual, said a veteran survivors advocate.

“This has happened in a relatively small number of cases involving adults, but I’ve never seen a defendant try to ‘out’ kids who are still kids in a child sex case,” said David Clohessy, director of the Survivors Network of those Abused by Priests.

Clohessy, who has worked for 28 years as a victims advocate, and his organization showed up at the church June 8 with protest signs to answer questions from the media, which the group often does.

He told Baptist Global News that the church's legal attack against the child survivors would deter other child victims from coming forward and allow more predators to harm children.

“It will also rub more salt into the already deep and still fresh wounds of this suffering family," Clohessy said. "It is a shameful move by officials who profess to be ‘Christians.’”

Lichtenegger is serving a 17-year sentence for the Westside vacation Bible school sex crimes, but the lawsuit says he also pleaded guilty in 2012 to a sexual assault the year before of a 15-year-old girl with developmental problems and to another previous sexual felony.