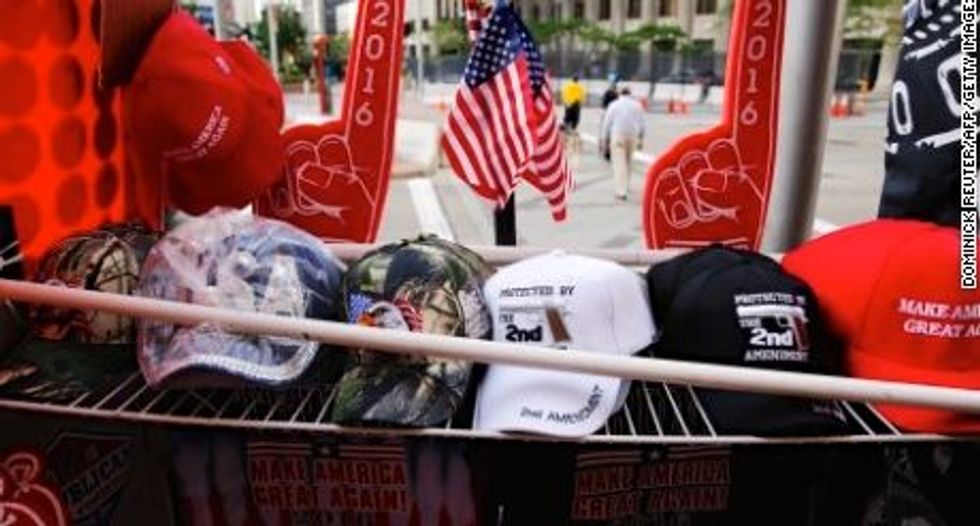 Along a cobblestoned row of restaurants near the Cleveland arena hosting this week's Republican National Convention, the crowds on the sidewalk were shoulder to shoulder.

"It scared away a lot of our regulars," said Frank Como, general manager of Bar Louie, a large bar and grill in the popular business and bars district off 4th Street. "I hired a bunch of people and had to send them home. We ordered heavily on food and alcohol, and we're still sitting on it."

The story was the same throughout much of the city of 388,000 people, less than half the population at Cleveland's height in 1950. The city's boosters sold the convention as a chance to update Cleveland's Rust Belt image. They hoped to build on the professional basketball championship won by Cleveland's Cavaliers.

But sponsors dropped out, some in response to presidential candidate Trump's divisive rhetoric, prompting organizers to ask billionaire Sheldon Adelson to help fill a $6 million fundraising shortfall. Many high-profile party leaders chose to stay home. Security constrained travel, prompting downtown employers to shut down. Even the number of protesters was smaller than expected.

City officials declined to estimate the actual economic impact, and the host committee would not say whether Adelson came through. A financial report is due later this year.

Officials said their main goal was to encourage long-term investment and attract tourism to landmarks like the Rock and Roll Hall of Fame.

During convention week, a few caterers and high-end restaurants got boosts from the estimated 50,000 people who attended.

Joan Rosenthal, founder and president of Marigold Catering, said she flew in temporary workers to maintain the 300-person workforce she needed each night, more than triple Marigold Catering's usual number.

Cutbacks in corporate donations prompted clients to trim catering budgets, with some cutting the cost of the 2,500 meals she served per day by using steam tables instead of hiring live chefs to carve barbecue on site.

"You lost a lot of the showmanship," Rosenthal said.

Victor Matheson, a professor of economics at College of the Holy Cross in Worcester, Massachusetts, said conventions often miss projections.

The studies often underestimate the costs of big events, most of which are funded by political parties and local boosters.

"There are hugely militarized zones where nobody goes unless you are a reporter or a delegate," he said. "It keeps the regulars away."

John Johnson, 47, a Cleveland real estate salesman, took a break to sell hats featuring Cleveland and Trump themes. By Thursday, he had cut the price by half, to $10.