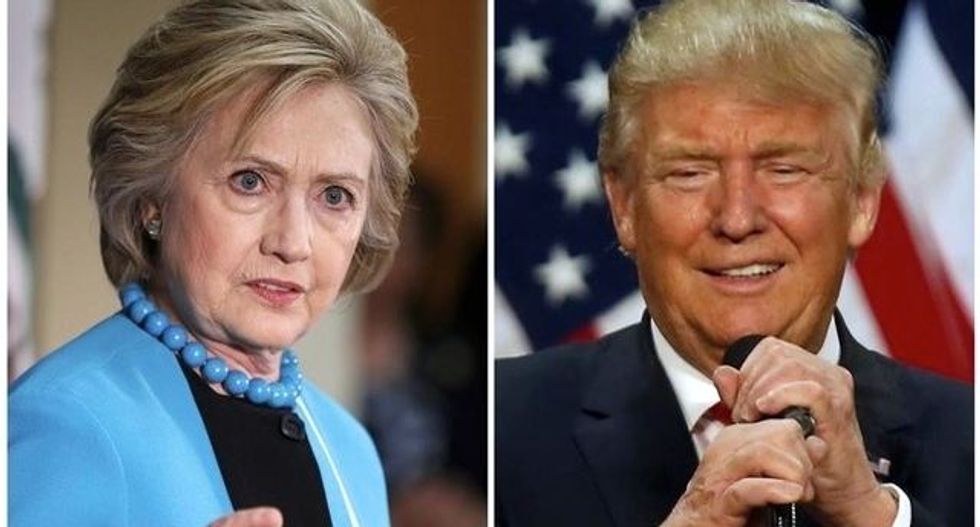 The July 1-5 poll included responses gathered mostly over the holiday weekend, before the Federal Bureau of Investigation recommended on Tuesday that no criminal charges be filed against Clinton over her use of private email servers and what it called her "extremely careless" handling of classified information while she was U.S. secretary of state.

The presumptive Democratic nominee led Trump, a New York businessman, by 9 percentage points in a previous Reuters/Ipsos poll that ran from June 27 to July 1.

Tuesday's poll showed that 46 percent of likely voters supported Clinton, while 33 percent backed Trump. Twenty-two percent said they would not support either candidate for the Nov. 8 election.

Throughout the campaign, Clinton has been dogged by her use of a personal email server during her years as the nation's top diplomat. Over the past several months, she has handed over thousands of pages of emails to investigators and responded to a number of government inquiries.

Clinton has repeatedly said she never sent or received classified documents on her private servers, yet the public appears distrustful of her, according to Reuters/Ipsos polling. In early May, 63 percent of Americans, including 36 percent of Democrats, said they did not believe Clinton was "honest and truthful."

But Clinton has led Trump most of the year among likely voters. Since mid-May, she has maintained a relatively consistent level of support among likely voters, while Trump's popularity has eroded as his campaign wrestled with a variety of issues.

Republican leaders distanced themselves from Trump after he suggested a federal judge was biased because of his Hispanic heritage and after he doubled down on a pledge to block Muslims from entering the country. On Tuesday, U.S. House of Representatives Speaker Paul Ryan criticized a tweet posted by Trump over the weekend that many deemed to be anti-Semitic.

Trump's level of support among likely voters was about 10 points below what 2012 Republican nominee Mitt Romney received in early July 2012.

The online national poll of 1,441 American adults had a credibility interval, a measure of accuracy, of 3 percentage points.