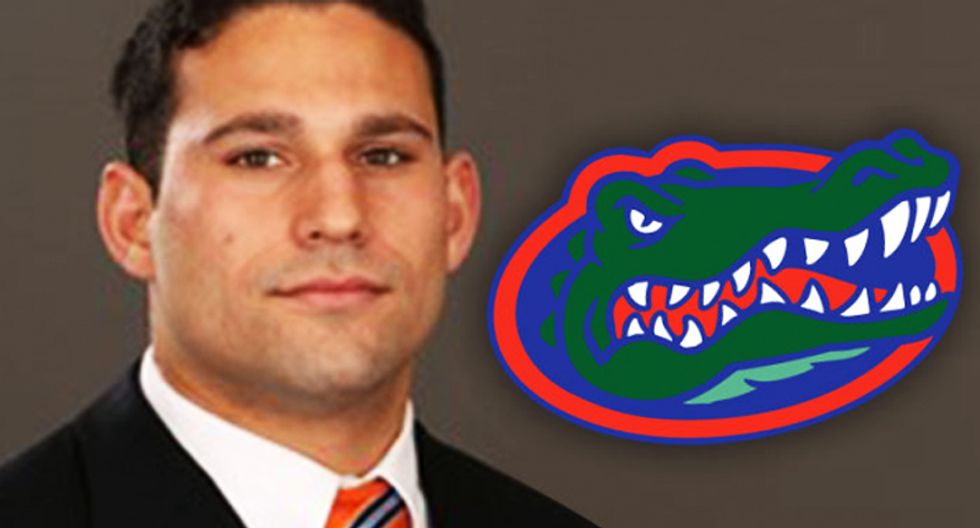 A University of Florida football player is getting credit for interrupting and chasing off a rapist as he was sexually assaulting a semi-conscious woman outside of a Florida bar, reports CBS - Miami.

Christian Garcia, who works security at the 101 Cantina in Gainesville, came upon a man attacking the woman behind a dumpster when he was taking out the trash.

According to Garcia, he heard noises and believed the couple were having consensual sex when he realized that the woman was unconscious.

Garcia and a co-worker stepped in and, after a brief struggle, the assailant -- later identified as 34-year-old Christopher Shaw -- ran off. Shaw was later picked up after being identified on surveillance tape, with police stating he may be behind a string of rapes.

According to the woman, she did not know Shaw and tried to push him away, with the police reports stating she, "was physically helpless because she was going in and out of consciousness due to her level of intoxication.”

“Upon viewing the videos, it is clear the victim was mentally and physically unable to give consent due to her level of intoxication,” responding officers stated in their report..“The victim was slumping over and unable to hold up her head. The (defendant) can be seen pushing the victim back up. … When pushed back up the victim’s eyes were closed and her head fell back against the dumpster.”

For his part, Shaw told investigators he “was walking through the alleyway and the victim pulled him next to the dumpsters,” adding that they "made out," but denied there was any "sexual contact” with her.

According to the police, the video didn't bear that out.