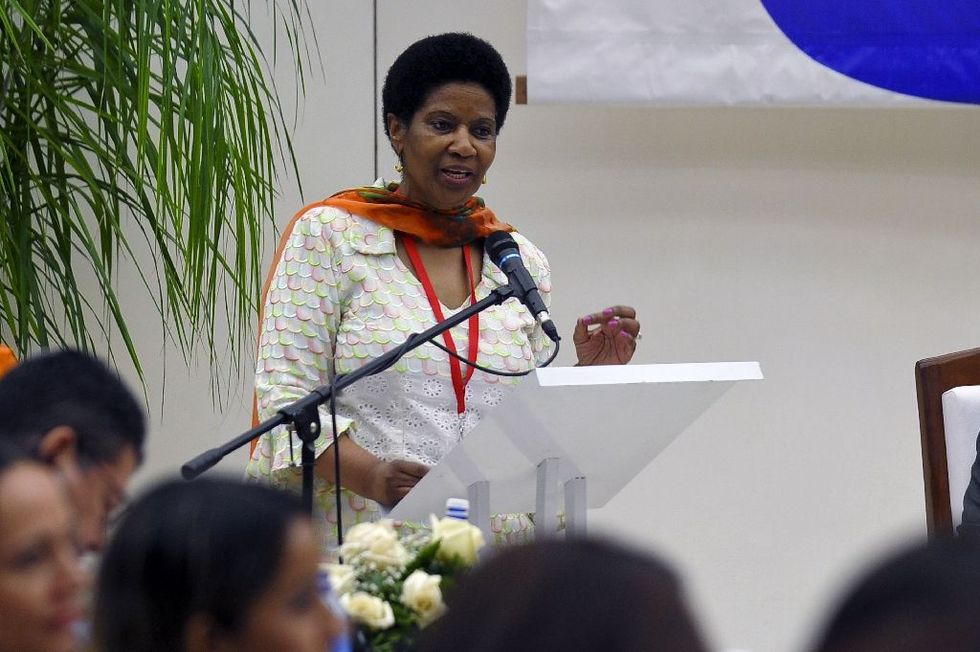 Image: Phumzile Mlambo-Ngcuka, an Under-Secretary-General of the United Nations and the Executive Director of UN Women, speaks during a press conference at the Convention Palace in Havana, on July 24, 2016

If Colombia signs its landmark peace deal to end a half century of civil war, the pact will offer equal social rights for women and LGBT victims, a draft inked Sunday in Havana showed.

Under the agreement in principle, gender discrimination is included in the final peace deal. The partial draft was presented by UN Women Executive Director Phumzile Mlambo-Ngcuka and the top UN envoy for sex abuse in conflict, Zainab Bangura.

The Colombian government and FARC rebels have agreed to create conditions "for women and people in sexual minority groups, to achieve equal access to the benefits of living in a country that is not at war," a joint statement said.

Under terms of the peace deal, which would end Latin America's last civil war, women and members of the lesbian, gay, bisexual and transgender communities (LGBT) are to be encouraged to take part in politics, may receive land to farm, or receive compensation to stop growing drug crops, among other benefits.

Under the deal, perpetrators of sex crimes against women are not eligible for amnesty, according to Maria Paulina Riveros, the government's envoy on gender issues at the Havana-hosted peace talks.

"Putting gender in a peace agreement is a first. It has never before been done in (ending) war," Foreign Minister Maria Angela Holguin said.

The Colombian government and the Marxist Revolutionary Armed Forces of Colombia (FARC) are in the final phase of four years of talks that it is hoped will result in a peace deal to end a half-a-century of conflict.

The rebels last month signed a ceasefire and disarmament deal with the government, with the aim of becoming a political party.

The government said it hoped to move on to a full peace deal within weeks.

The Colombian conflict started in the 1960s as a rural uprising for land rights that spawned the communist FARC.

It has left 260,000 people dead, 45,000 missing and nearly seven million displaced, according to official figures.