Conservative CBS panelist on GOP nominating Trump: They're 'coming to Cleveland to die' 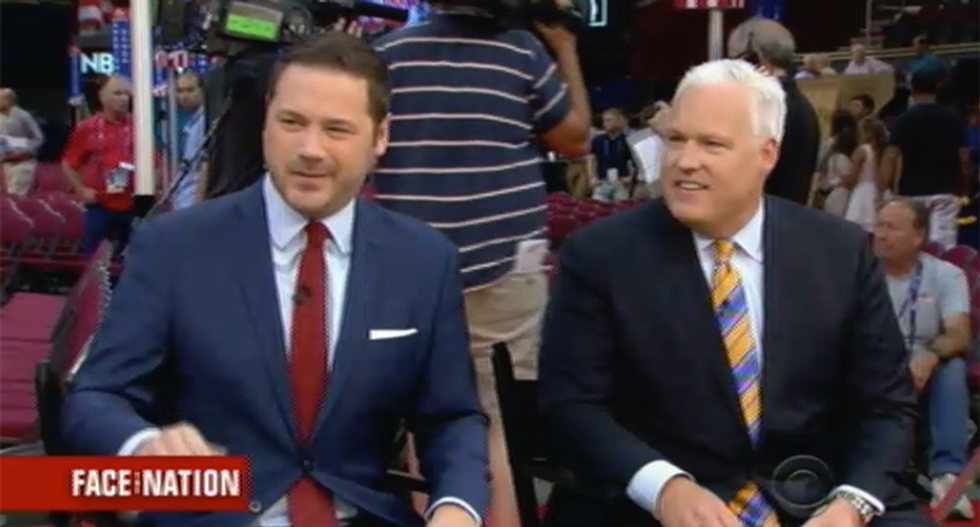 Ben Domenech from The Federalist wasn't accepting the spin from his fellow Republican panelists on Sunday's "Face the Nation." While Matt Schlapp from the American Conservative Union was insisting that new VP pick Mike Pence and presidential nominee Donald Trump were going to unite Republicans.

Schlapp explained that he has people on his board that were in the #NeverTrump category who are tempered by Trump's pick for VP. "I have anecdotal evidence that this is happening across the country," he swore.

Domenech, however, laid down the hard truth.

“The Pence pick does not change the fact that the Republican Party is now the party of Donald Trump,” he said, while Schlapp insisted he was wrong.

"A hundred and fifty years ago this party was begun by Abraham Lincoln on the idea that Constitutional rights were not bound by race or creed. That the American eagle's wings were broad enough to accept all that would come here. Now, this party is coming to Cleveland to die," Domenech continued.

"This is not the party of Abraham Lincoln anymore. It is the party of Donald Trump. It has traded statesmanship for xenophobia," he said alluding to Trump's ban on Muslims. "It has traded free markets for protectionism. It has traded the higher principles of our better angels for the belief in party identity politics. That is why they are getting zero percent of the black vote in Pennsylvania. That is why you're going to continue to see this kind of race-baiting approach to politics. I think it's completely true that this is the end of the party of Lincoln."

Schlapp broke in, insisting that the kind of words Domenech was spreading were what you're hearing out of the Washington, DC Beltway elite, despite the fact that Trump just nominated Pence, a member of the Beltway elite, who was supported by the Beltway elite. "They love their country and they simply want to take it back," he concluded from the record number of supporters that voted for Trump.