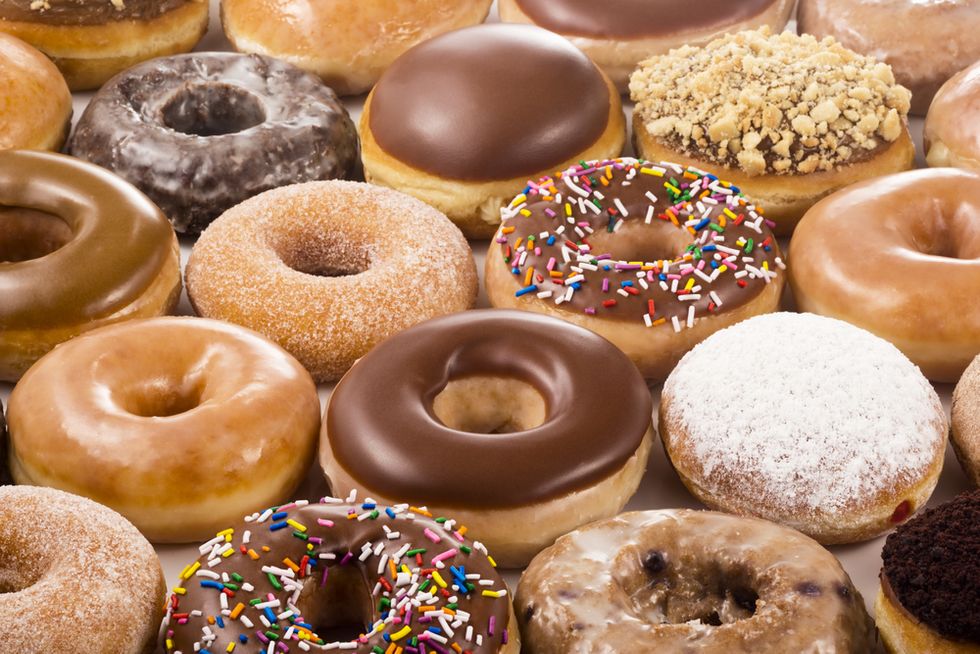 Not to be too stereotypical, but you would really think that cops would know doughnut glaze when they see it.

This wasn't the case for police in Orlando, however, as The Orlando Sentinel reports that they wrongly arrested a man for drug possession after pulling him over and mistaking doughnut glaze on his floorboard for meth.

64-year-old Daniel Rushing was pulled over by Orlando police soon after he had purchased a glazed doughnut from Krispy Kremes that he ate in the car. The officers who pulled him over believed that the flakes of glaze were methamphetamine, and they asked him to step outside his car so they could perform roadside drug tests.

After two roadside drug tests came back positive for meth, he was arrested and taken to a nearby police station, where he was also strip searched and locked up for ten hours before being released on a $2,500 bond.

The good news for Rushing, however, was that a state crime lab performed a subsequent drug test that cleared him for possession of illegal drugs. The State Attorney's Office in Orlando has since said it is dropping the case against him as well.

Police offered no explanation for why Rushing failed two roadside drug tests, although the Sentinel notes that a "review of FDLE data showed that 21 percent of the time, drug evidence that was listed by local authorities as methamphetamine turned out to be something else."