DeRay Mckesson: You don't 'go to a breast cancer rally and yell out colon cancer matters' 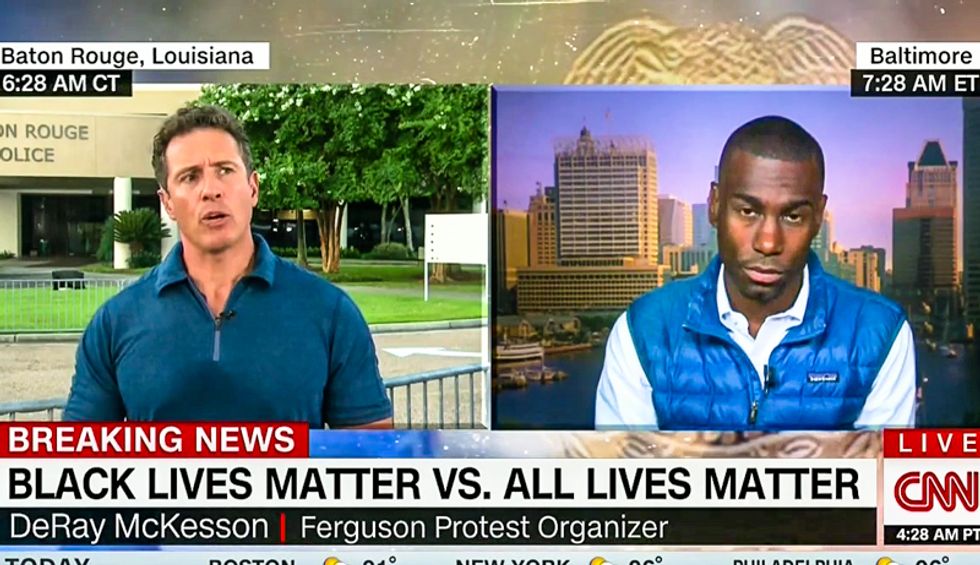 Activist DeRay Mckesson explained to CNN on Monday that diverting the Black Lives Matter message by saying "all lives matter" was like yelling "colon cancer matters" at a breast cancer rally.

During an interview with CNN's Chris Cuomo, Mckesson condemned the killing of police officers in Baton Rouge.

"The movement began as a call to end violence," he pointed out. "And that call remains true today that we fight for a living breathing justice."

"It's hard because what we've seen over the last 24 is people condemn the movement without knowing any facts," Mckesson continued. "And what we said yesterday was that there was more questions than answers. So, the movement has always been rooted in a call to end violence. And like I said, that call remains the call today."

Mckesson also had a message for those who believe that the "black lives matter" slogan should be replaced with "all lives matter."

Mckesson added: "And that's what people are doing here. They are frustrated by the fact that people are focusing on the inequity in justice specially targeted to black people."