'Did you get one?': State Dept. catches reporter trying to snag Pokémon during briefing 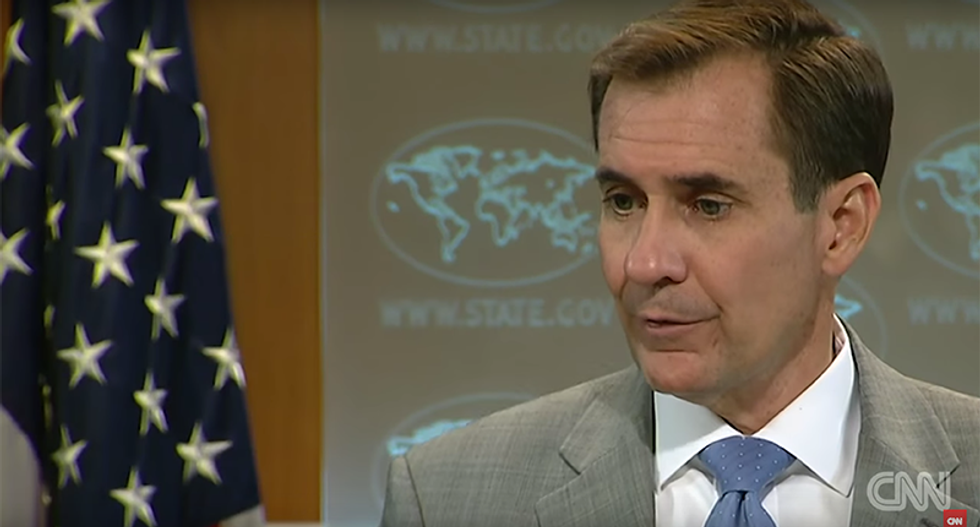 Add the State Department to places it probably isn't a good idea to play Pokemon Go.

During a press conference, State Department spokesman John Kirby was briefing reporters when he looked over and realized what one of them was up to. "You're playing the Pokemon thing right there, aren't you?" He asked.

No one is sure who the reporter is but he admitted, "I'm just keeping an eye on it." One never knows when something might pop up in government buildings.

Kirby hardly blinked, returning instead to talk about the coalition of those fighting ISIS. The US recognizes that it "won't be easy" but that the department is "clear-eyed about the work" it what it will do moving forward.

"Did you get one?" he then asked the reporter.

"The signal's not very good," the reporter responded.

"I'm sorry about that," Kirby said, and the briefing continued.

Watch the awkwardness below in this capture from CNN: