DL Hughley slams police violence against blacks: What good are cameras ‘if we don’t have bias-proof glasses?’ 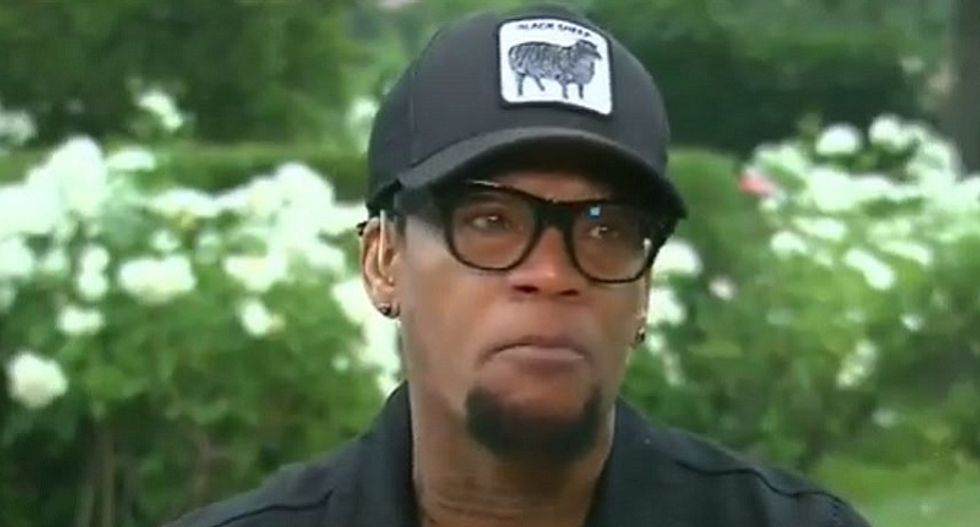 Actor and comedian D.L. Hughley became emotional while being interviewed by CNN's Chris Cuomo on Thursday about the killings of two African-American men by police this week.

Alton Sterling, 37, was shot and killed by Baton Rouge police as he was being restrained and lying on his back. The Tuesday night killing was captured on video. In another horrifying incident, a Minneapolis woman posted a live video to Facebook showing her boyfriend, Philando Castile, bleeding after being shot by police who pulled him over. Castile died of his injuries.

On Thursday, an emotional Hughley criticized American society for continually allowing these types of killings to occur, and wondered whether there is the will to change.

"The only way anybody changes anything, whether you want to lose weight or change your appearance, is to actually see yourself," Hughley said. "What is the good of body cameras if we don't have bias-proof glasses?"

Hughley then pointed out that while what he saw on camera looked to him like murder, "some people saw duly-sworn officers doing their duty."

The conversation got personal when Cuomo asked him about parents of color having to instruct their children about how to interact with the police.

"Every black or brown parent I know has a conversation with their children where they tell them exactly how to act around the police," Hughley said, choking up. "That is abhorrent. That is immoral... I don't even go to sleep until my grown children come home at night. I keep my clothes on in case my children need me in the middle of the night. And I just do not understand, we love our children, we love our mothers and fathers -- they are brutalized and nobody says anything. It's too much."