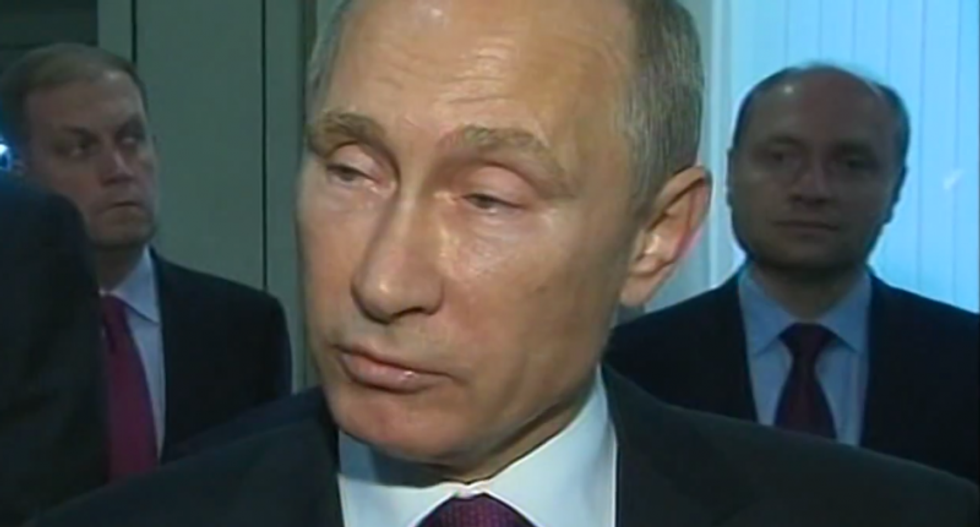 President Vladimir Putin has pumped vast sums into sport to refashion Russia's image and bolster his personal prestige, but the scandal over state-run doping threatens to obliterate any successes.

The International Olympic Committee's (IOC) executive board are to hold a conference call on Sunday to discuss barring Russia from the Rio Olympics starting on August 5 over jaw-dropping doping revelations.

That move comes with Russia's track and field squad already barred from the competition over evidence of state-sponsored cheating.

Judo-loving former KGB agent Putin has often lamented the collapse of the Soviet Union and his determination to use sport to harness national pride has echoes in the Communist-era clashes between East and West.

"Under Putin the greatness of the country is measured not only in the number of rockets, warheads, tanks and planes, but by the amount of medals won, champions and victories," Konstantin Kalachev, head of the Moscow-based Political Expert Group think tank, told AFP.

"Russia is rising from its knees, becoming a great power again and that means returning to the things that we were proud of during the USSR."

Since coming to power 16 years ago Putin has staked his personal reputation on bringing major sporting events to Russia in a bid to recast the country as a resurgent force on the international stage after the upheavals of the 1990s.

In 2007 he flew to Guatemala to personally plead Russia's eventually succesful case to hold the 2014 Winter Olympic Games in Sochi and then splurged over $50 billion on hosting it.

Next up, Russia will be holding the football World Cup in 2018.

"Nobody says now that sporting victories are proof of the supremacy of our way of life but winning is a means for increasing patriotism," says Yevgeny Slyusarenko, deputy editor of Russian sports website Championat.com.

"Like during the USSR, sport is used for some internal aims -- now it is patriotism, increasing the prestige of the authorities inside the country."

That may go some way also to explaining the reactions by Russian officials and a large swathe of the population to the latest scandal, which saw Russia accused of state-run doping that included the samples of cheating athletes swapped for clean ones in Sochi.

Ukraine, Syria and now doping: for many in Russia it is just the latest attack by the West.

Rather than focus their ire on the officials accused of systematic cheating, Russians have tended to lash out at the allegations as just the latest move in a broader political campaign to damage the country.

With ties with the West already at their lowest ebb since the collapse of the Soviet Union over the crisis in Ukraine, Putin has also drawn parallels with the Cold War-era confrontation in sport.

"Recent events, the difficult atmosphere around international sports and the Olympic movement, unfortunately stirs analogies with the 1980s," Putin warned this week, citing the boycotts of the 1980 Games in Moscow and 1984 competition in Los Angeles.

"Now we are witnessing a dangerous return to political interference in sport."

Others, however, argue that the political meddling in sport is coming mainly from the Russian authorities -- and desperation for success lies behind the current doping scandal.

A report released by the World Anti-Doping Agency (WADA) this week detailing the "state-dictated" system to hide drug test failures said it was put in place after a dismal showing at the 2010 Winter Olympics in Vancouver.

"It was decided that this could not happen at Sochi and the plan to ensure lots of medal winners was concocted" by the sports ministry, the report cited whistleblower Grigory Rodchenkov as saying.

Russia went on to top the medals table in Sochi -- another source of enormous national pride for Putin and many Russians.

Only now have the extraordinary lengths they went to get there been revealed.

While Putin has furiously denied that there is any state-run doping programme in Russia, analyst Kalachev said that the Kremlin's thirst for victory was likely fuelling the cheating.

"Some here like to say that Putin's ideal is the GDR (former Communist East Germany)," Kalachev said, pointing to the country where the Kremlin leader served as a KGB officer and which ran a notorious doping campaign.

"The successes of the GDR in sport relied heavily on doping. History is now repeating itself."