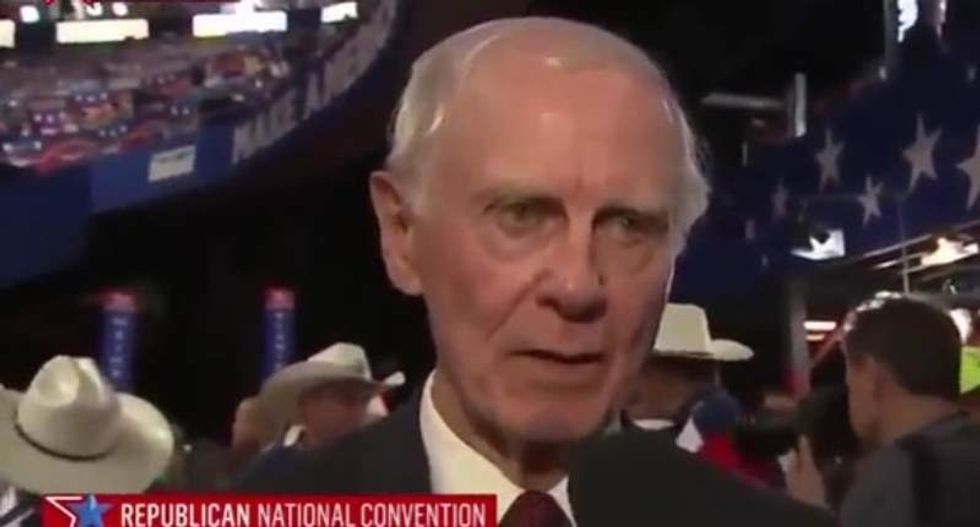 Longtime Republican and former New Hampshire Sen. Gordon Humphrey slammed the handling of the call for a roll-call vote during the Republican National Convention on Monday, though he stopped short of accusing GOP officials of ducking "Never Trump" delegates entirely.

"This is pretty shocking and shameful, and I've seen a lot," he told MSNBC's Jacob Soboroff. "This is not a meeting of the Republican National Committee. This is a meeting of brownshirts."

"What do you mean by that?" Soboroff asked.

Earlier in the day, delegates from nine states petitioned for a roll-call vote on the nomination of Donald Trump as the party's presidential candidate, but their request was ignored, causing a raucous reaction on the convention floor.

In a second interview, Humphrey -- who is attending the RNC as a delegate -- said he delivered the petitions personally.

"We delivered them to a man who represented himself as the secretary's representative," he said. "The secretary would not come out of wherever she is. She's not out here in public doing business. She's in the back somewhere."

"Have you ever seen anything like this -- a representative from the Republican National Convention Committee hiding from petitions?" Soboroff asked.

"I don't know that that's the case," Humphrey said. "It could either be something legitimate, or a dirty trick."

Humphrey's first interview with Solonoff, as posted online, can be seen here.

Their follow-up interview can be seen below.