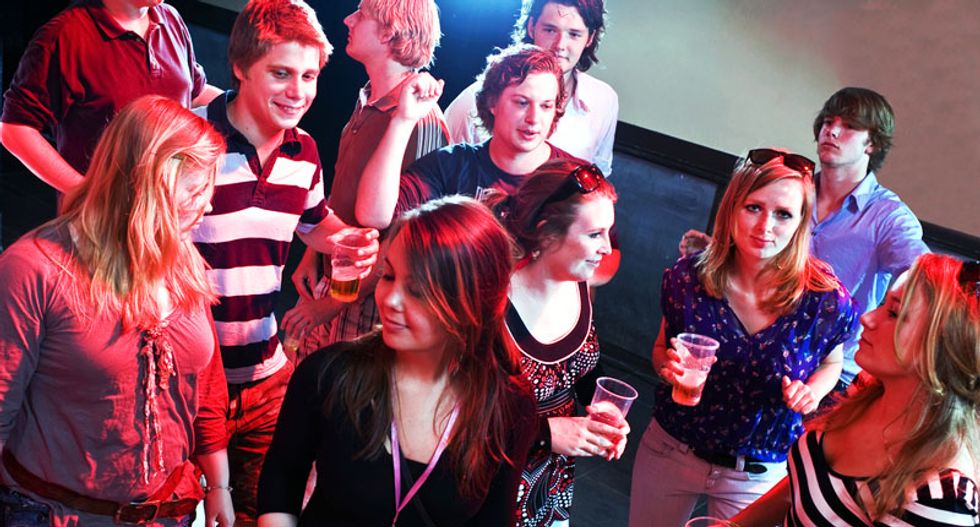 Kansas State University has been told by the federal government that they can no longer ignore rapes that occur at fraternities associated with the school just because the frat houses are off campus.

According to the New York Times, the Manhattan, Kansas college, asked that two Title IX court cases filed against it be dismissed claiming that it is not legally responsible when student-on-student sexual assault at “off campus” fraternity houses or school events are reported.

In the lawsuits filed in federal court in April by two women, Sara Weckhorst and Tessa Farmer, they claim they told the university that they had been raped at KSU fraternity houses in 2014 and 2015.  According to the women, the university refused to become involved despite the frats' affiliation with the school.

In documents filed last Friday, the government said that the cases could go forward, stating that Title IX gender protections cover all education programs at a federally funded school and would include frat houses and events conducted by a school-recognized fraternity.

“The continuing effects of a student-on-student rape, including the constant fear of exposure to one’s assailant, can render a student’s educational environment hostile,” the government filings stated. “Thus, a school must respond to allegations of sexual assault in fraternity activities to determine if a hostile environment exists there or in any other education program or activity.”

In a letter to universities in 2011, the government stated that Title IX specifically states that schools investigate accusations of off-campus sexual assault of students even going so far as to single out off-campus fraternity houses.

Both of the women who filed the lawsuits state that were raped after  passing out or becoming incapacitated after drinking at the frat houses.

In their lawsuits they are demanding the schools proceed with the investigations of their assaults, as well asking for monetary damages.