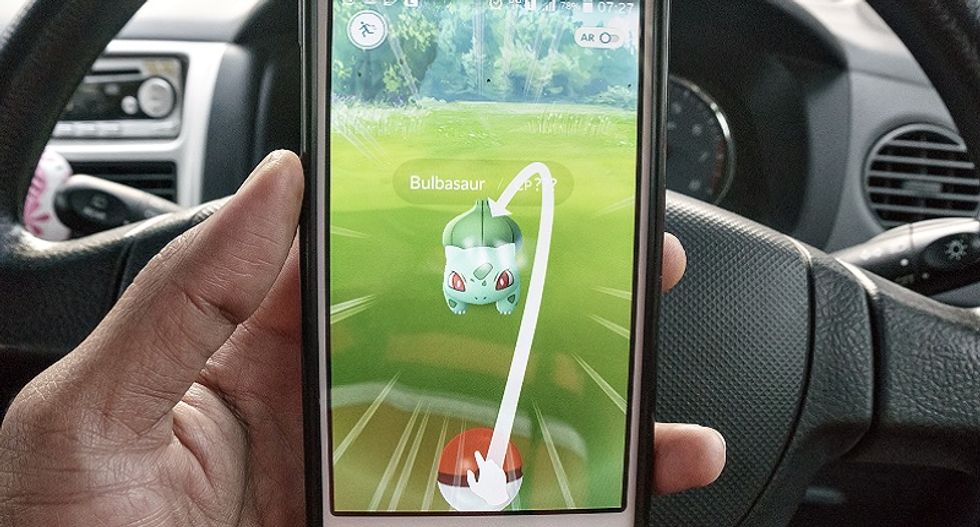 Two Florida teens found more than they were looking for Saturday when they were shot at by a startled homeowner while they searched for Pokemon, the Orlando Sentinel reports.

The new Pokemon Go game has created a craze, but because it causes players to look at their phone screens while searching their surroundings to collect virtual monsters, it has also come under scrutiny for playing a role in accidents. The incident Saturday is no exception.

The Palm Coast resident was sleeping at about 1:30 a.m. when he was startled awake by a noise. He looked outside and saw a white car parked outside his house, Flagler County Sheriff's spokesman Jim Troiano told the Sentinel. When he approached the teens' car, gun in hand, he overheard one of them say, "Did you get anything?"

The man believed the teenagers had robbed his home and stood in front of the car, pointing his handgun at them. They sped away, but not before the homeowner fired shots at them.

Police were notified when one of the teens' mothers reported that they had been shot at while hunting the Pokemon characters Tauros and Marowak. They only reported it after seeing bullet holes and a flat tire, but had thought initially that the man was just trying to scare them.

No one was injured and police are investigating.