Fox News finds sexist way to demean Hillary for not being charged: She 'has the right husband' 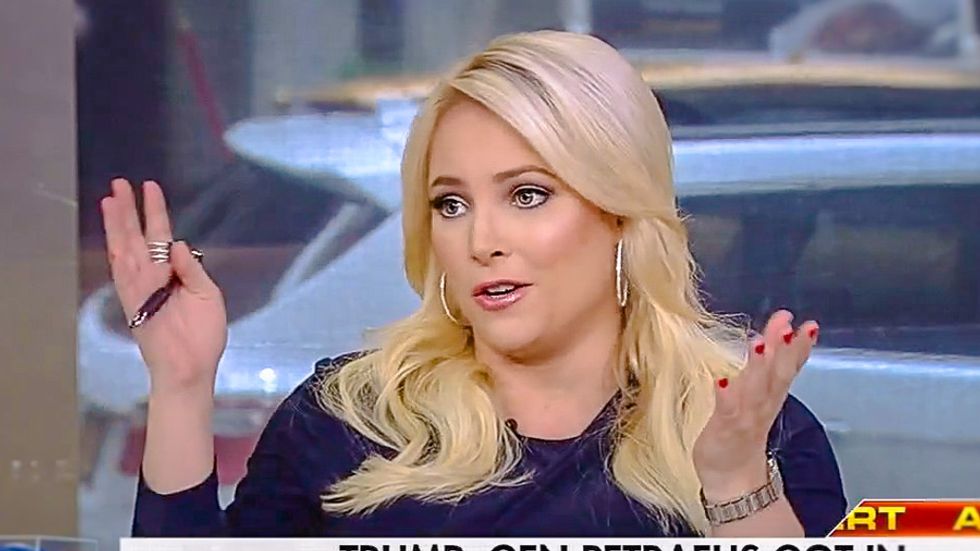 At Fox News, Hillary Clinton's gender means that her husband gets credit even when the FBI finds that she's not criminally liable for using her personal email server.

Fox News host Meghan McCain reacted to the news that FBI Director James Comey had refused to recommended an indictment of Clinton by calling it a "sad day for Democracy."

"People are so jaded right now," McCain opined. "Especially young millennials after the end of Bernie Sanders' campaign. And it's hard enough to sell why young people should be involved in politics and feel inspired when if you have enough money, if you're powerful enough, if you have the right husband, you can do a lot of illegal stuff and you're not going to get charged."

The Fox News host asserted that General David Petraeus was charged for leaking classified documents because he was a conservative Republican who was "not in line with the Obama administration."

"You'll go to jail or you'll lose your job," she complained. "[But] if you're Hillary Clinton -- she can do whatever she wants! That's what's scary about this. She can do literally whatever she wants and she's going to get away with it."

Watch the video below from Fox News, broadcast July 5, 2016.