Fox reacts to Hillary's Atlantic City speech: 'Give her a broom so she can fly away, that witch' 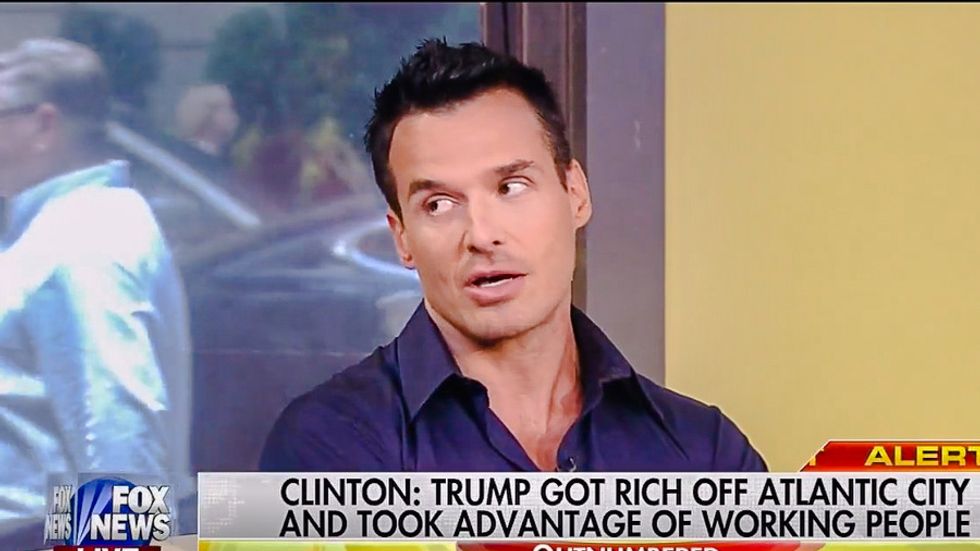 The immediate reaction on Fox News to Hillary Clinton's anti-Trump speech in Atlantic City on Wednesday was to call her a "witch."

But Fox News cut the broadcast before Clinton could finish, and asked former Calvin Klein model Antonio Sabàto, Jr. for a reaction.

"Just give her a broom so she can fly away, that witch," he said. "Oh, we cannot stand her and please stop talking."

"I can't stand her talk anymore and I think the American people have to wake up. Donald Trump is the only way."

Watch the video below from Fox News' Outnumbered, broadcast July 6, 2016.