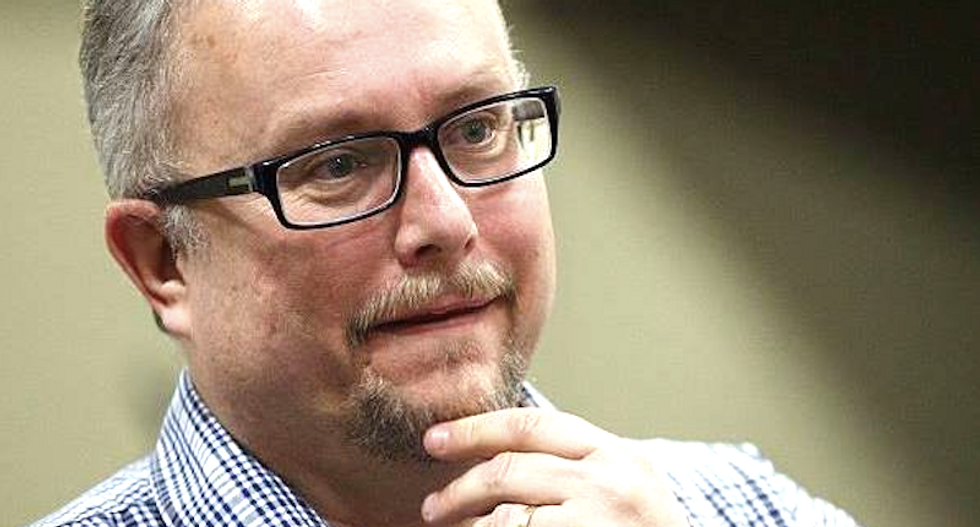 A conservative Iowa church has filed a hysterical lawsuit accusing the state's Civil Rights Commission of interfering with their religious expression by requiring them to accommodate LGBT people in their public restrooms.

The church made national news in 2012, when it set up an illuminated sign warning "gay is not okay," and its pastor, Mike Demastus, helped organize a protest against a Wiccan who gave an invocation before the state legislature.

Another Des Moines church, Cornerstone World Outreach, agreed that the civil rights commission was violating their right to free expression by requiring them to follow state law and a similar city ordinance aimed at protecting LGBT rights.

The churches and the anti-LGBT legal group Alliance Defending Freedom say the law forces them to violate their own religious beliefs and allows the government to regulate the content of their sermons.

Legal experts agreed that such regulations would be "blatantly unconstitutional," but it's less clear whether bathroom access would be protected under the First Amendment.

Drake University law professor Maura Strassberg, an expert on sexuality law, said a past ruling by the U.S. Supreme Court on public facilities found that decisions on who should be allowed to use restroom were not considered free speech.

That means churches can't ban some types of people from using a restroom that's open to the public, and Strassberg pointed out that Fort Des Moines church has specifically said it welcomes worshipers who don't identify with their biological sex.

Although the government cannot regulate religious exercise, churches are not exempt from general laws that apply to everyone.

The executive director of the state's largest LGBT rights group, One Iowa, said the church was suing the civil rights commission for doing its job.

"As a church, they can believe whatever they want," said Donna Red Wing, executive director of One Iowa. "In their bona fide religious activities, they are exempt. They cannot, however, break the law when providing public accommodations."

The 2007 law passed by the Iowa legislature prohibits discrimination in public accommodations based on sexual orientation or gender identity, but provides some exceptions for activities that have a bona fide religious purpose.

Alliance Defending Freedom argued that any event at a church had a "bona fide religious purpose."

“That is a foundational First Amendment principle,” said Christiana Holcomb, an attorney with Alliance Defending Freedom. “Churches have always been protected from government intrusion, and they still are. They have a firmly established freedom to teach their beliefs and set internal policies that reflect their biblical teachings about marriage and human sexuality. One can hardly imagine a more obvious unconstitutional invasion of the state into the internal affairs of the church.”