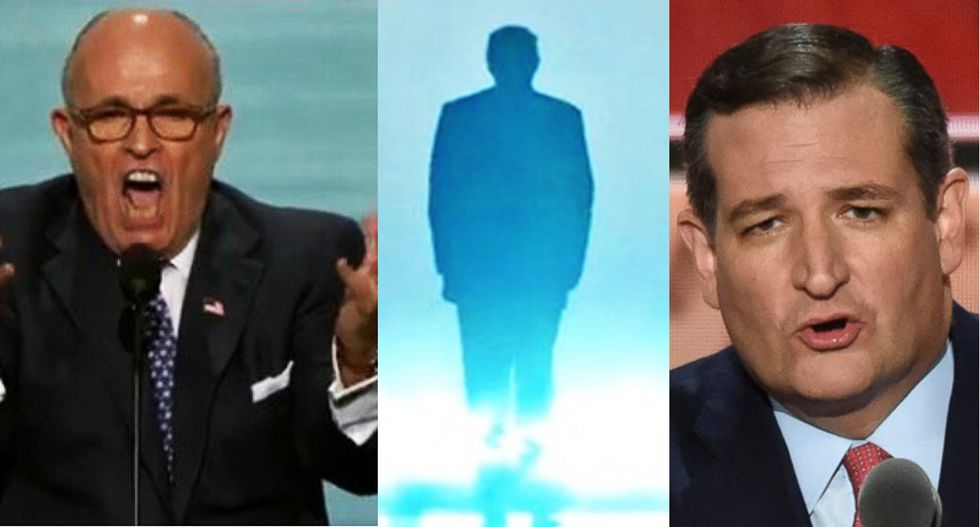 When historians sit back and take stock of the 2016 convention, it will no doubt be remembered as the year when politics took a backseat to reality television, with a TV huckster presidential nominee, D-list reality "stars" landing prime time speaking gigs and a wild rumpus on the convention floor by delegates that probably brought a tear of joy to Jerry Springer's eye.

And that was just on the first day.

This pivotal moment in history should not be a surprise to anyone as it was inevitable after the 2008 RNC convention when America was introduced to future reality show ingénue Sarah Palin who missed out on the part of One Heartbeat Away From The Presidency. Her loss is probably why we're all still here today and have electricity and food instead of living in burnt-out buildings fighting for scraps of moose jerky.

2012's Republican convention was initially as straitlaced and buttoned down as eventual GOP Presidential nominee Mitt Romney. But then it took a turn for the surreal when actor/director Clint Eastwood interviewed an empty chair during prime time which, compared to Romney's speech, was actually not only the most riveting moment but also the only memorable one.

And then there is this year: The Year of the Trump.

As he continues to insist, Donald Trump has the best of everything. The best words, the best campaign and the best people doing the best things which meant the 2016 convention was going to be the best ever. And, in fairness to him, it has been the best value for your entertainment dollar, albeit inadvertently, hilariously, and frighteningly.

Let's look back fondly upon these past few days because we may not see his type again - God willing and the world doesn't end because somehow he somehow got elected.

Odd as this may sound, there are many delegates who are not enamored with Donald Trump dragging the Republican Party into a ditch, stripping it for parts, setting what is left over on fire and then peeing on the ashes before returning to his day job of slapping his name on yet another garbage venture that is bound to fail. So when the RNC leadership shoved Trump's nomination down the Never Trump delegates' throats by not allowing a role call vote that would have freed them to vote by whatever they call a "conscience," they had a ... snit.

Or, as other people described it "chaos broke out as delegates walked out."

Trump handed off a prime speaking spot to former underwear model Antonio Sabato, or as you may know him: "Who?"

After his speech, he explained that President Barack Obama is probably most definitely a Muslim for sure, just in case you thought Sabato was just another pretty face -- or butt.

Former New York Mayor Rudy Giuliani set aside his normal "Noun + Verb + 9/11" shtick -- where he normally warns Americans that the Muslims are coming -- in order to warn Americans that black people are coming and, in fact: they are already in the house! If you ever wondered what the man in Edvard Munch's The Scream sounded like if he was a stone-cold racist -- Monday was your night.

Afterwards Rudy dragged himself "through the negro streets at dawn looking for an angry fix," only he went by limo accompanied by a bunch of ex-NYC cop goons who like to crack heads.

Donald Trump's lovely Slovenian supermodel wife, Melania, gave an powerful speech about values, dignity, respect and hard work -- which touched the heart of anyone who ever broken a nail holding down CTRL+C.

Mrs. Trump's speech was so extraordinary that First Lady Michele Obama felt compelled to use the White House Time Machine to travel back to 2008 and give a suspiciously similar speech, but obviously without the sincerity. It's probably worth noting Michelle Obama could have gone back to kill baby Hitler -- but it's all about her, y'know.

Brain surgeon Ben Carson who is an actual real honest to G-d BRAIN SURGEON wants you to know that Hillary Clinton's mentor is Lucifer -- once removed. He's a doctor, remember, medical school, diplomas, portrait with Jesus and everything....

Hapless New Jersey Gov. Chris Christie, who was aced out of the VP job by flyover country upstart Mike Pence of Indiana, auditioned for a role as  Trump's Attorney General by showing off his old US Attorney chops by trying former Secretary of State Hillary Clinton in absentia. As you might guess, she was found guilty. The only thing missing was the Law & Order 'doink doink" at the end which the Supreme Court ruled, in Dick Wolf v NBC, makes it official.

Top conservative female radio talker Laura Ingraham got so tied up in the Triumph of the Trump that this slipped out. 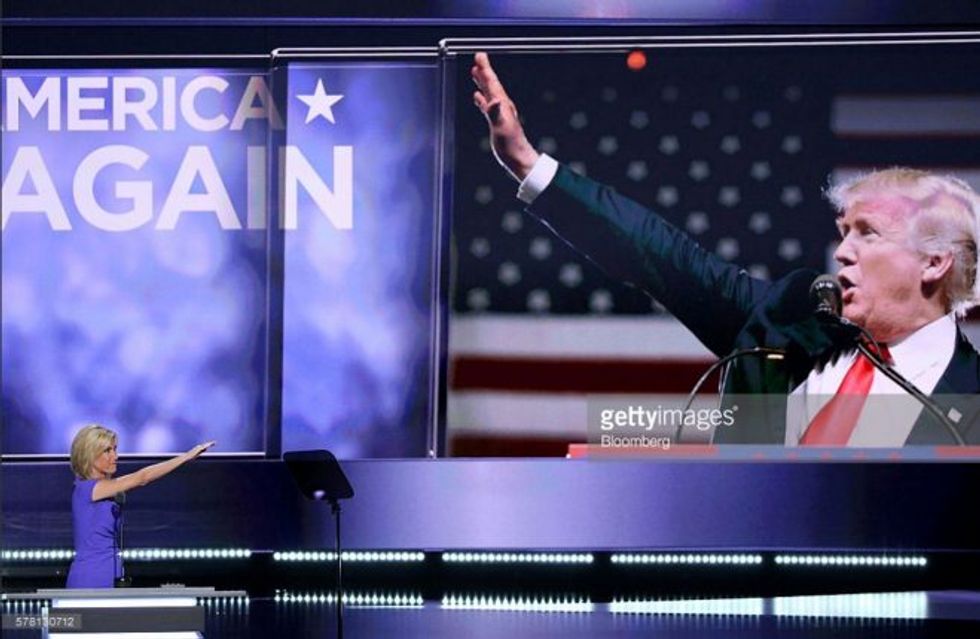 Texas Sen. Ted Cruz managed to wrangle a prime time speaking slot to launch his 2020 campaign for President. Then people freaked the hell out when he brought up that "conscience" thing again but failed to endorse Trump.  Cruz was then vilified by the crowd who screamed for his head (figuratively) and his wife had to be escorted off the convention floor by security. What qualifies this as "bat shit crazy"is that, for one brief and extraordinary moment in time Cruz actually seemed like a person with scruples and principles who took an admirable stand.

On the other hand, it could just be CGI, and he's still the most unlikable man in Washington and everyone still hates his guts with the fiery intensity of a million suns.  Which sets him up nicely for that 2020 run.

It doesn't get any crazier than that. Seriously, Bonkers City....