How did classified information get into those Hillary Clinton emails? 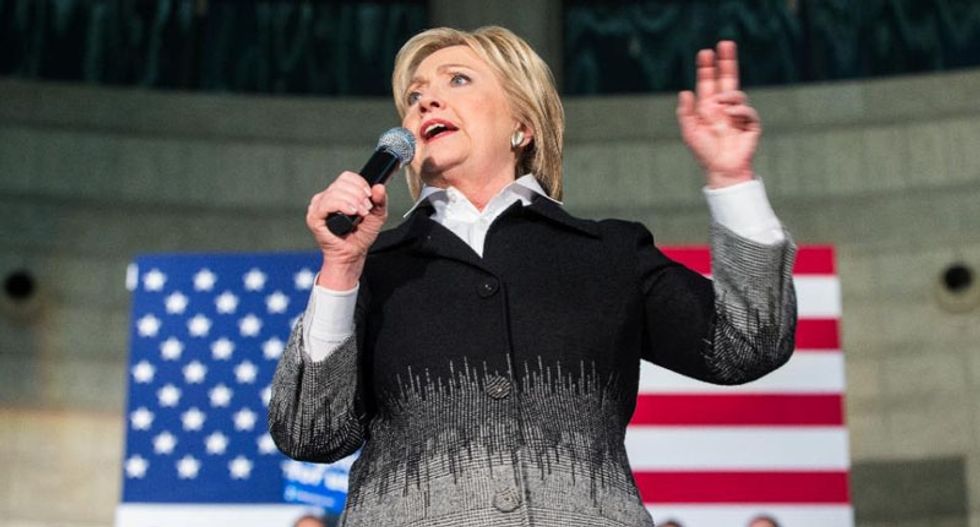 Last week FBI director James Comey publicly rebuked Hillary Clinton for mishandling classified information while she was secretary of state. This came at the conclusion of the FBI’s investigation of her use of a personal email server. He subsequently testified on the matter before the House Oversight Committee. Comey reported that of more than 30,000 emails sent and received by Clinton, 110 contained classified information with eight email chains containing “information that was top secret at the time they were sent.” Comey concluded that Clinton and her aides were “were extremely careless in their handling of very sensitive, highly classified information.”

How could the secretary of state and her aides be so careless with classified information?

What information is classified in the first place and by whom?

How does that information get transmitted?

The answer to the first question partly lies in the way sensitive information is handled and classified at the State Department and other U.S. government agencies.

An important thing to understand is that the determination of what information is classified is subjective. This means reasonable people can disagree about the relative sensitivity of particular information.

Before coming to academia, I worked for many years as an analyst at both the State Department and the Department of Defense. I held a top secret clearance and worked on issues related to weapons of mass destruction and their proliferation. Debates and arguments about whether certain information should be classified were frequent. More often than not the debates centered on why something was classified in the first place. This is why determining whether Secretary Clinton was careless is not a cut and dried issue.

Classification levels and what gets classified

The U.S. government uses three levels of classification to designate how sensitive certain information is: confidential, secret and top secret.

It is common for documents to contain information that is classified at different levels as well as unclassified information. Individual paragraphs are marked to indicate the level of classification. For example, a document’s title might be preceded with the marker (U) indicating the title and existence of the document is unclassified.

Within a document, paragraphs might carry the markers “S” for secret, “C” for confidential or “TS” for top secret. The highest classification of any portion of the document determines its overall classification. This approach allows for the easy identification and removal of classified portions of a document so that less sensitive sections can be shared in unclassified settings.

This is what Clinton was trying to do with the “nonpaper” that she instructed her aide Jake Sullivan to fix so that it could be sent over a nonsecure fax machine.

Below the confidential level, there are varying terms for information that is not classified but still sensitive.

Government agencies use different terms for this category of information. The State Department uses the phrase “sensitive but unclassified,” while the Department of Defense and the Department of Homeland Security use “for official use only.” These markers are often seen in the headers and footers of documents just like classified designations.

Who decides what is classified?

Executive Order 13256 spells out who specifically may classify information.

Authority to take certain pieces of information, say the existence of a weapons program, and classify it top secret is given only to specific individuals including the president and vice president, agency heads and those specifically designated by authorities outlined in the executive order. Information that is being retransmitted or integrated into other documents retains its original classification level. Inserting one sentence that is classified secret into an otherwise unclassified document makes the entire document secret.

Some things clearly need to be kept secret, like the identity of covert operatives or battle plans. Other issues are not as obvious. Should the mere fact that the secretary of state had a conversation with a counterpart be classified? In fact, different agencies disagree about issues like this all the time. In the Clinton case, the State Department disagreed with the intelligence community about whether certain emails contained information that should be classified.

When Secretary Clinton began turning over emails as part of an investigation into the Benghazi, Libya attacks, the inspector general (IG) for the intelligence community assessed that information in several of them was classified and should not have been transmitted over an open email system.

But the State Department disagreed with the IG’s assessment.

One cannot simply view a document on a classified network and email it to someone on an unclassified system even within the same agency. This is partly why Clinton and her aides say so assuredly that they did not knowingly email classified materials.

The issue is whether she and her aides should have known that matters discussed in emails were classified or sensitive. In fact, in several of the released emails she and aides take pains to avoid discussing classified matters.

But other more complicated issues arise. For example, the U.S. government cannot acknowledge drone strikes carried out by the CIA. That information remains classified even if revealed in the media. Thus, discussing them over an unclassified system would not be allowed. However, drone strikes carried out by the Department of Defense are not subject to such restrictions. This distinction may be one of the key contentions the intelligence community has with some information in the Clinton emails.

The fact is government officials inadvertently send classified details over unclassified email systems all the time. Considering the amount of information dealt with on a daily basis, it is inevitable. Classified details are accidentally revealed in casual conversations and media interviews. We may not hear about it because it’s not in the interviewee’s interest to point that out after the fact.

A colleague and former CIA analyst tells his students he would never knowingly but almost certainly will inadvertently relate in the classroom a tidbit that is classified. The classic example is when Senator David Boren accidentally revealed the name of a clandestine CIA agent. Boren at the time was no less than chairman of the Senate Select Committee on Intelligence.

In that light, Clinton may have been careless, but she’s certainly not alone.