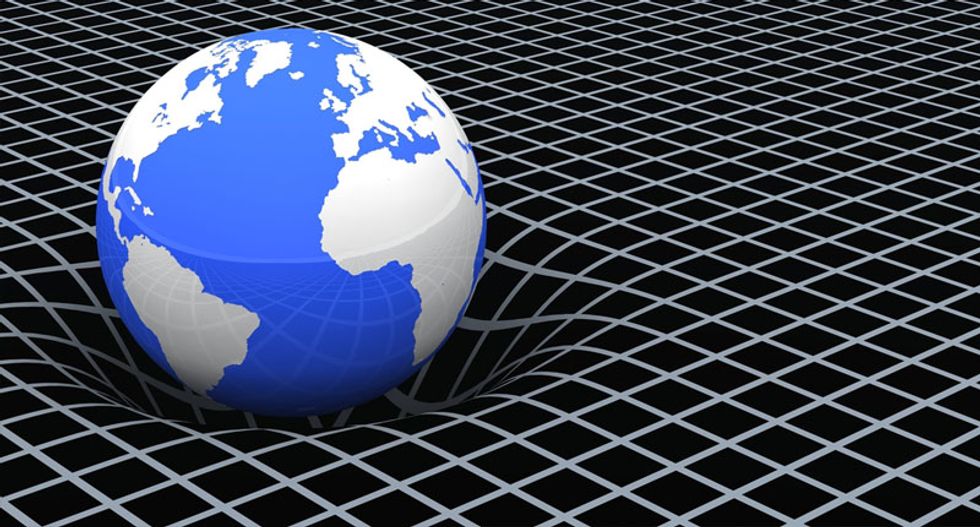 When scientists examine the impact of humans on the planet, the focus is mainly on the extinction of species. But increasingly researchers are looking at the idea that humans, through animal domestication, relocation and hunting, have become an evolutionary driving force that has led to new species, new traits and novel ecosystems.

A new paper, recently published in the Proceedings of the Royal Society B, argues that if we are to preserve the biodiversity of life that we value, we need to understand both the nature of this human-driven creation – a process known as speciation – as well as the effects of human-driven extinctions.

A drive to extinction

Look at humans’ effects on Earth’s plant life. Over recent decades, the amount of new plant growth each year across the world appears to have been relatively constant. However, between 25% and 38% of this fresh plant growth is appropriated by humans – for food and other purposes – reducing the amount available for millions of other species.

Thomas Crowther and colleagues at Yale University estimated that before the industrial revolution there were six billion trees on Earth. There are now only three billion. This deforestation and the conversion of land to produce food, fuel, fibre and fodder, combined with targeted hunting and harvesting, has resulted in a rate of species extinction some 100 to 1,000 times higher than would have been expected without human intervention. This probably constitutes the beginning of the sixth mass extinction in Earth’s history – an enormous impact on the planet and one reason why many scientists have declared that we have entered the Anthopocene Epoch.

Species removal isn’t a random process: a disproportionate number of those driven to extinction are the larger animals, both on land and at sea. This “megafauna extinction” began 50,000 years ago: unbelievably, half of all large-bodied mammals worldwide, equivalent to 4% of all mammal species, have been lost in that time. And extinctions are not just confined to mammals: since 1500 ACE there have been 784 documented extinctions, including 79 mammals, 129 birds, 21 reptiles, 34 amphibians, 81 fish, 359 invertebrates and 86 plants. 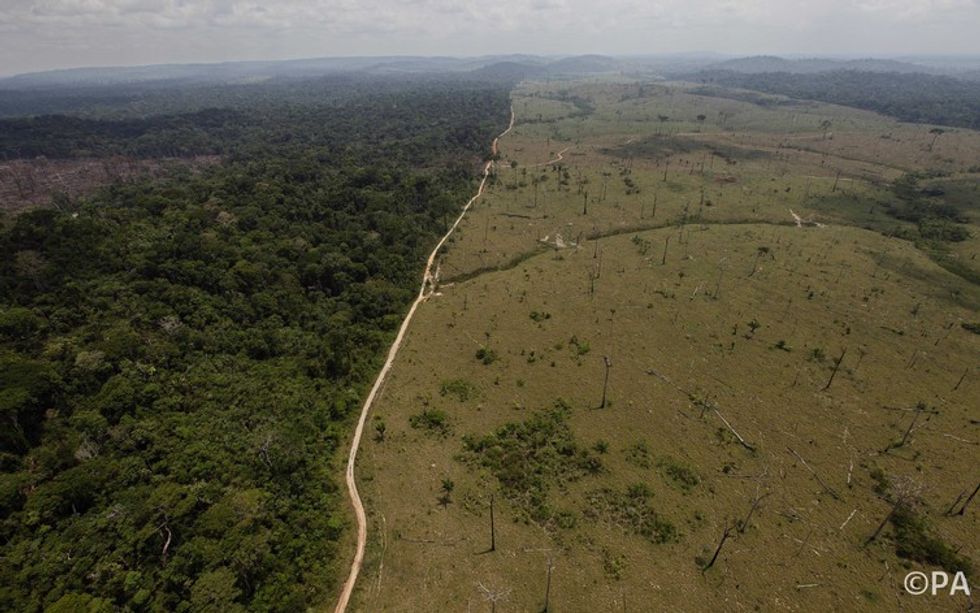 The effect of human activity on the environment is most evident in deforestation.

Humans have also domesticated around 474 animals and 269 plants to meet their needs, and this has led to the emergence of new species. Of the world’s 40 most common agricultural crops, eight can be considered entirely new species, just as animal domestication has created new species of animals such as the dog and domestic pig.

Animal domestication has also led to a major shift in animal distribution. According to Vaclav Smil of the University of Manitoba, of the weight of all the planet’s land mammals, humans make up 30%, domesticated animals make up 67%, and wild mammals just 3%. Organisms have also been transported around the world – including crops, domesticated animals, and pathogens such as viruses and bacteria. This movement has led to a small number of extraordinarily common species such as the brown rat, new hybrid species such as mules, and a general homogenisation of the animal and plant life found on Earth. 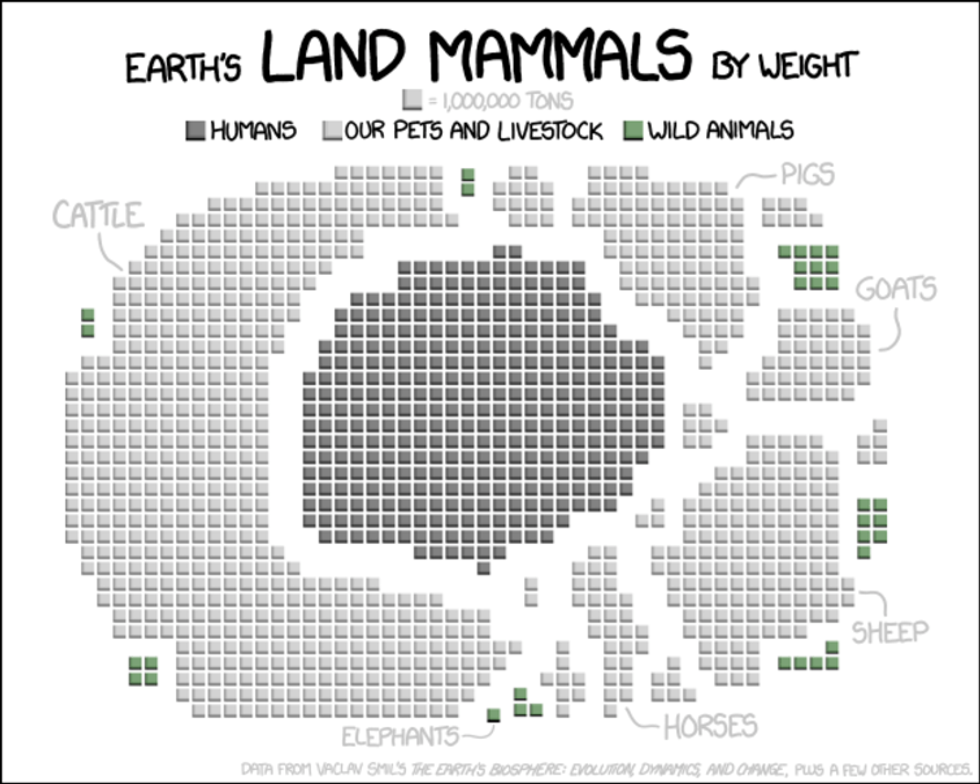 This biological relocation started in the 16th century when species from the Old World of Europe and Asia were exchanged with those in the New World (the Americas). This is known as the Colombian Exchange, which led to the globalisation of human food, with New World crops such as maize/corn, potatoes and manioc/cassava swapping places with Old World crops such as sugarcane and wheat. Domesticated animals swapped continents, too.

Many of these plants and animals have since undergone rapid evolution in their new environments, leading to the emergence of new species. Accidental transfers from Europe occurred, too: smallpox, measles and typhus killed over 50m people in South and Central America during the colonisation of the New World. These exchanges continue today, and invasive species have become a major concern on all continents. Mark van Kleunen and colleagues at the University of Konstanz suggest that 4% of plant species have been relocated around the globe, equivalent to all the native plant species in Europe.

These changes are the first of their kind since the supercontinent Pangaea separated about 200m years ago, but in fact the extent of the current epoch’s trans-oceanic exchanges are unprecedented.

Something borrowed, something new

Most ecosystems have been altered by humans, to the extent that the concept of a “natural” biome, completely free from human influence, is obsolete. This has led Erle Ellis at the University of Maryland to suggest that we consider them Anthromes – those ecosystems where most of characteristics have been reshaped by human activity. While many have undergone significant loss of biodiversity, through change they also create environments that allow opportunities for the emergence of new species. 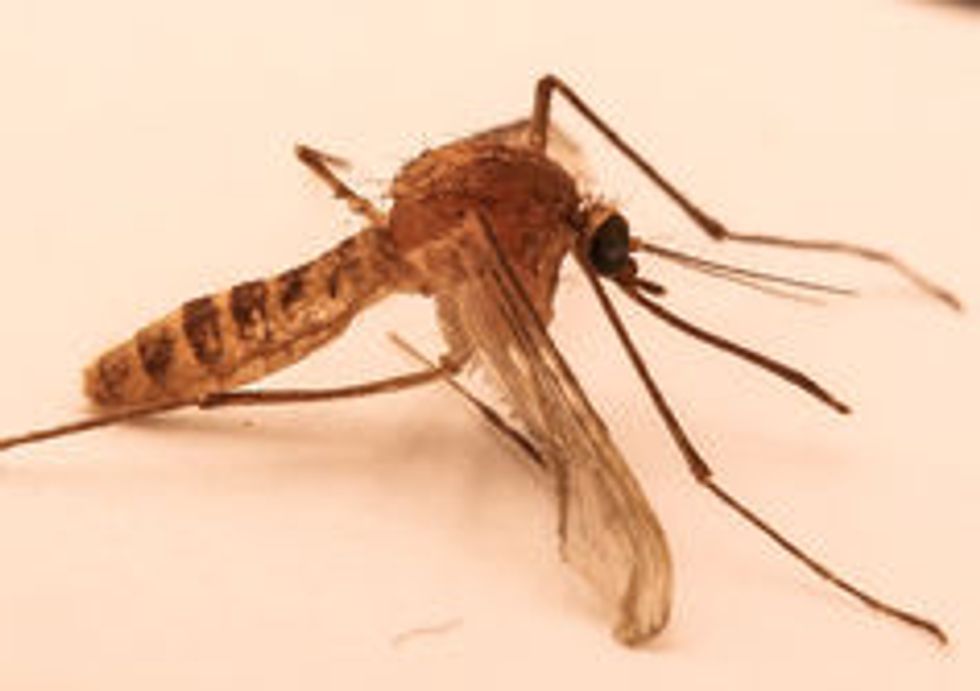 An interesting example is that of the common house mosquito (Culex pipiens) which has become adapted to London’s underground railway and established a subterranean population of mosquitoes distinct from any other on Earth. Now called the London Underground mosquito, it has diverged sufficiently from its cousins above ground that it can no longer interbreed with them and exhibits significantly different behaviour.

So through breeding, harvesting and transport of crops and animals, and the impact of higher air and surface temperatures that result from greenhouse gas emissions, humans have, and continue to, alter the evolutionary process of the other species sharing this planet with us.

If we consider also the scientific development of diverse new biological products such as antibiotics, pesticides and novel genetically engineered organisms, humans have indeed become the world’s greatest evolutionary force capable of shaping our world by creating new species and destroying others.

If we are to help preserve the millions of species on Earth, we must consider the impact of humans in terms of these creative and destructive forces.